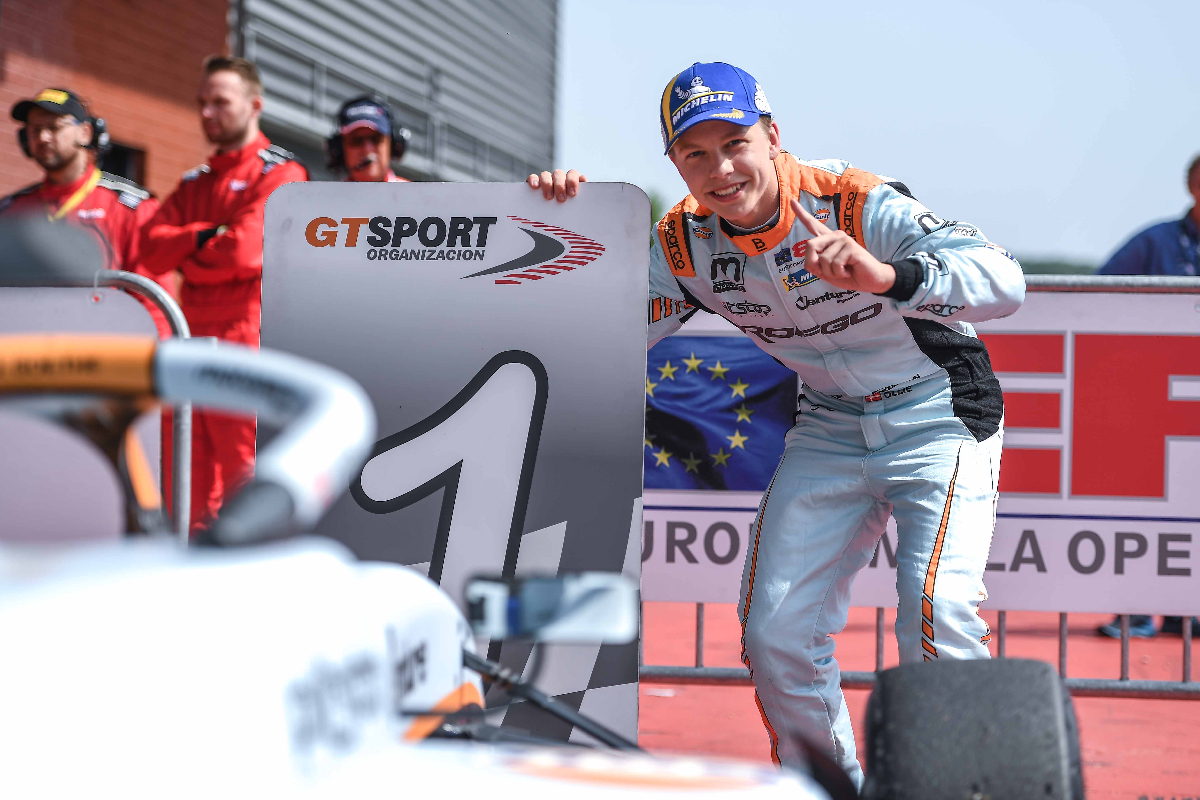 Euroformula champion Oliver Goethe will make a full-time move across to FIA Formula 3 next year with Trident.

The 18-year-old Dane had a breakout 2022, romping to the Euroformula title with 11 wins from 26 races and also starring in two FIA F3 Championship outings with Campos Racing. In F3 he qualified and finished fourth in his fourth and final start.

Prior to this year, Goethe’s single-seater career had been light on success. He won one race in Spanish Formula 4, then only scored twice last year in Formula Regional European Championship and once in the equivalent Asian series at the start 2022.

His move to Euroformula with Motopark proved inspired, as in addition to his win tally he claimed pole position seven times, netted 12 fastest laps and stood on the podium 18 times in total.

“I am delighted to join Trident for my first full season in FIA F3. I drove with the team in Jerez [post-season testing], and it was a great experience,” said Goethe.

“They are very professional and have achieved some great success in this championship. I know we are capable of some good results together, and I can’t wait to get the season started. Huge thanks to my sponsors and partners for their support so far and for being by side as I am taking an important step in my career.”

Trident’s team manager Giacomo Ricci added: “Oliver Goethe is without a doubt a promising young driver. We are extremely proud to have him in our line-up for 2023 in FIA F3 Championship and we look forward to a new season together.

“We were impressed by his debut in the category last season and by the excellent work done by the German-Danish driver’s technical staff during the post-season test in Jerez last September. We welcome the new member of the Trident Motorsport family with the certainty that we will build the right alchemy to reach important goals together.”