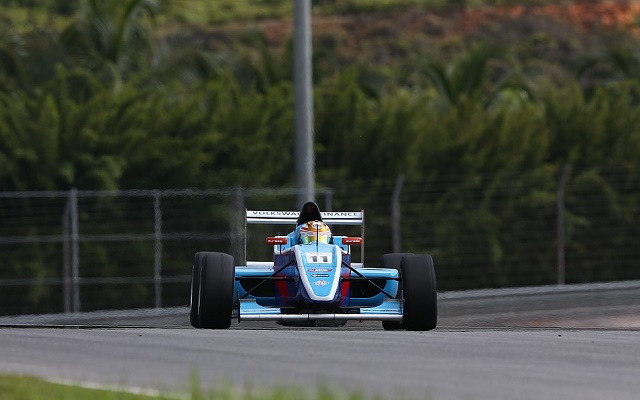 Hua is the third driver to be announced by Eurasia, with Australian Aidan Read and Singaporean Sean Hudpeth also being retained by the team for 2015.

?Eurasia Motorsport is delighted to have Hua Miao re-join the team for the 2015 Formula Masters China Series season,? said team director Mark Goddard.??He has already made significant improvements in testing at Sepang International Circuit this month and is demonstrating his commitment to succeed.”

“I am sure he will be a factor in this year?s China Driver Championship. He joined us half way through last season and we could see he had a lot of potential, despite his lack of experience.?

The 2015 FMCS season?gets underway on April 24th at the Sepang International Circuit.