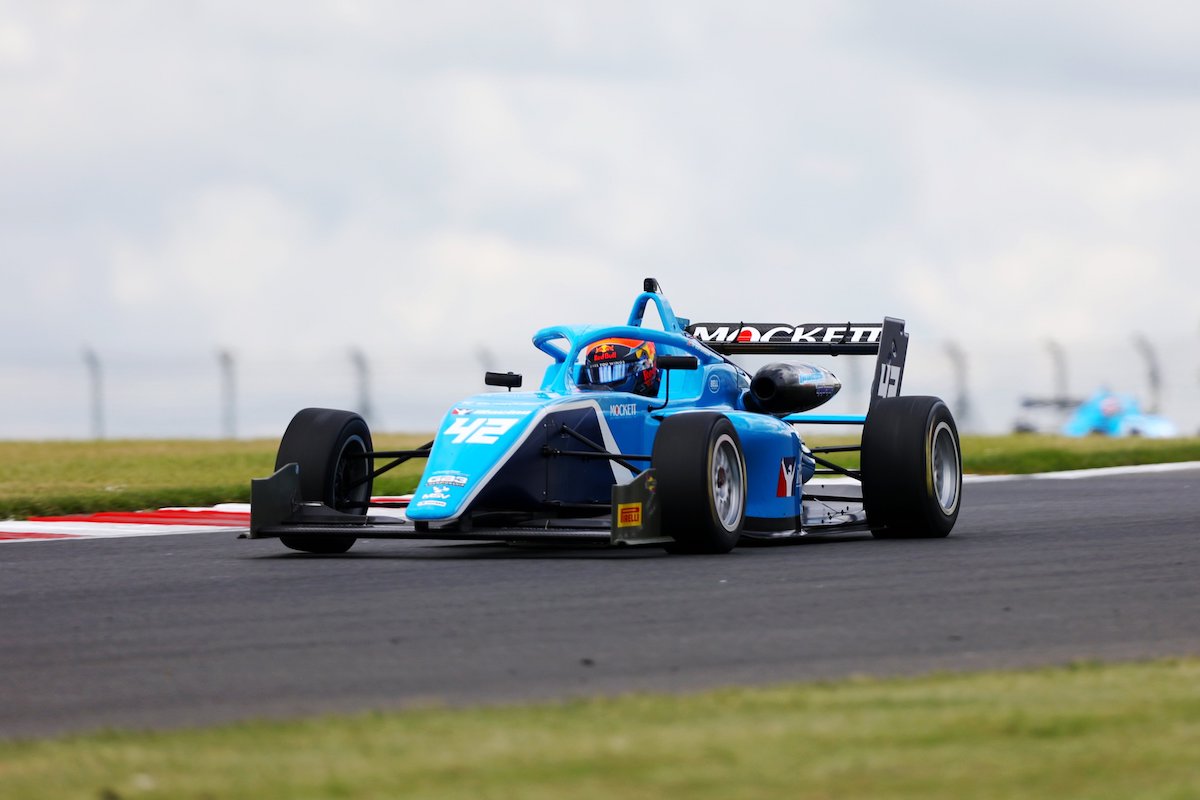 Max Esterson led from start to finish to take his first GB3 Championship victory in race two at Donington Park.

The Douglas Motorsport driver led away from pole, but was immediately challenged by race one winner Callum Voisin, who started from the outside of the front row.

The pair went wheel-to-wheel through the Craner Curves, but Voisin was squeezed wide through Old Hairpin and bounced across the grass, before rejoining in sixth behind his Carlin team-mate Roberto Faria.

That allowed Hitech GP’s Luke Browning, who had passed Joel Granfors into Redgate, to move into second.

Browning, who retired from race one in a first-lap incident with Granfors and Matthew Rees, remained within a second of Esterson throughout the 12-lap contest. Having been able to challenge for the lead, Browning finished 0.762 seconds behind.

Granfors also bounced back from his race one non-finish to finish 2s further adrift in third, but dropped to second in the championship behind Browning.

Elite Motorsport’s James Hedley survived an early off at Fogarty to take fourth, ahead of Faria.

Elite’s Lebbon was eighth, ahead of Arden’s Alex Connor, who lost ground with a poor start from fifth.