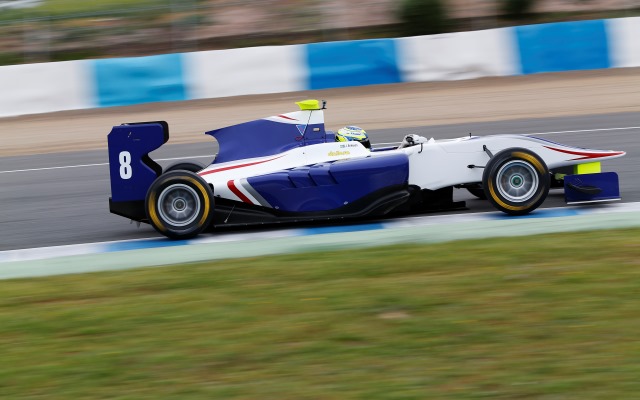 Jimmy Eriksson posted the best time during the morning session on day two of the GP3 pre-season test at Jerez.

The Koiranen driver’s time of 1m30.732s was quicker than those seen on Thursday and put him 0.170s clear of Red Bull Junior Alex Lynn.

Lynn was followed immediately, as is often the case, by his Carlin team-mate Emil Bernstorff, who just edged out Arden’s Robert Visoiu to take third place.