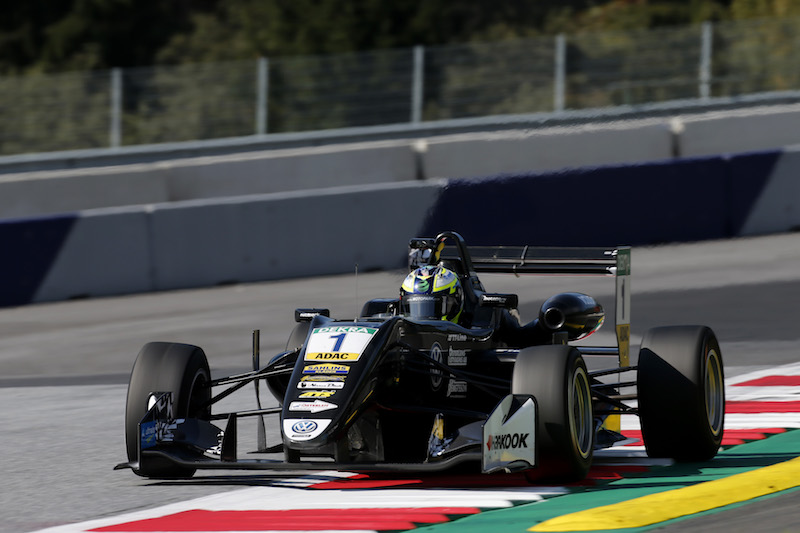 Joel Eriksson claimed a double pole position in the second Formula 3 European Championship qualifying session at the Red Bull Ring, with Lando Norris boosting his title hopes with a pair of seconds.

Eriksson topped the session by just 0.003 seconds over a late effort from Norris, as the Motopark driver returned to pole position for the first time since the Hungaroring in June.

On second fastest times to set the grid for race three, Eriksson was 0.105s faster.

Carlin driver Norris’ second places put him in a strong position to wrap up the title in the weekend’s third race.

He goes into Sunday with a lead of 70 points over Maximilian Gunther, and only needs to increase that by five to be out of the German’s reach before the final round at Hockenheim.

Gunther was only ninth fastest in the session, and took sixth on the race three grid.

Callum Ilott and Eriksson, who finished first and second in race one, are still mathematically in contention but must outscore Norris by 34 and 36 points respectively across Sunday’s races to go to Hockenheim still in the hunt.

Ilott was fourth fastest in qualifying behind a strong performance from Nikita Mazepin. The two drivers will swap places on the race three grid.

For race three, Daruvala and Hughes move back to row five, with Aron fifth ahead of Gunther, Habsburg and Tadasuke Makino.