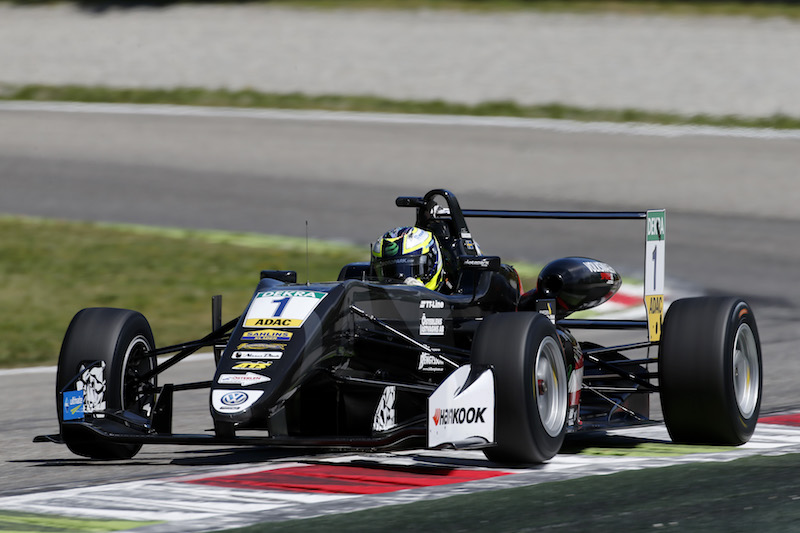 Motopark ace Eriksson, who is tied for the championship lead with Norris after the Briton’s race one victory, went fastest with three minutes remaining, deposing Callum Ilott, but he then had his time deleted.

Mick Schumacher surprised by then flying to top spot, only for Norris to improve and go 0.038 seconds quicker than his fellow rookie.

Eriksson had one last response however to finish on top by?0.066s and get pole for race two.

Had the?Swede’s deleted lap counted he would have also taken pole for race three, but he will instead line up fifth for the finale.

Norris will start that one from pole with Ilott – who ended fourth for race two – alongside.

After his race-one podium, Ferdinand Habsburg continued his fine form this weekend to take fifth at the flag ahead of Guan Yu Zhou. Both drivers will move up onto the second row for race three, with the Chinese driver ahead of the Austrian.

Race one pole-sitter Jehan Daruvala had to make do with eighth place, behind Nikita Mazepin but ahead of Maximilian Gunther and Ralf Aron.

The Indian will join Eriksson on the third row for race three, followed by Mazepin and Aron, while Harrison Newey and Jake Dennis will move up from row six to five.

Schumacher’s second-best lap was only good enough for 11th, but it was even worse for compatriot and team-mate Gunther, whose next-best legal lap was nearly 20 seconds off the pace, leaving him 19th and last.

Dennis and Gunther sat sixth and seventh when the chequered flag fell before having their best efforts annulled.