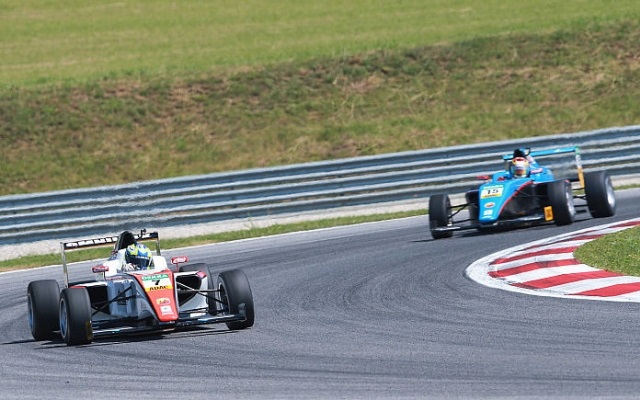 The field was split into two groups during the qualifying and both session were decided by an extremely tiny margin.

Eriksson recorded the fastest time of the running in his group, narrowly edging out Ralf Aron?and Janneau Esmeijer as the top three was only separated by two hundredths.

As such, the Swede will start the first race from pole and he will be joined by?Guan Yu Zhou?on the front row, whose earlier group-topping time was beaten by the Motopark driver.

That first group was even closer as Neuhauser’s Tim Zimmermann, Motopark’s Michael Waldherr and Mucke’s David Beckmann were all less than a tenth behind Zhou.

As such, Eriksson and Zhou will be ahead of Aron, Zimmermann, Esmeijer and Waldherr on the grid.

The second race’s starting order, which was determined by the second best times of the qualifying, will see a new front row of Mawson and Zimmermann.

Eriksson will be third on the grid followed by Beckmann and Prema duo Aron and Zhou.

Marvin Dienst will kick off from seventh as the top ten of the grid will be completed by Waldherr, Esmeijer and Mattia Drudi.