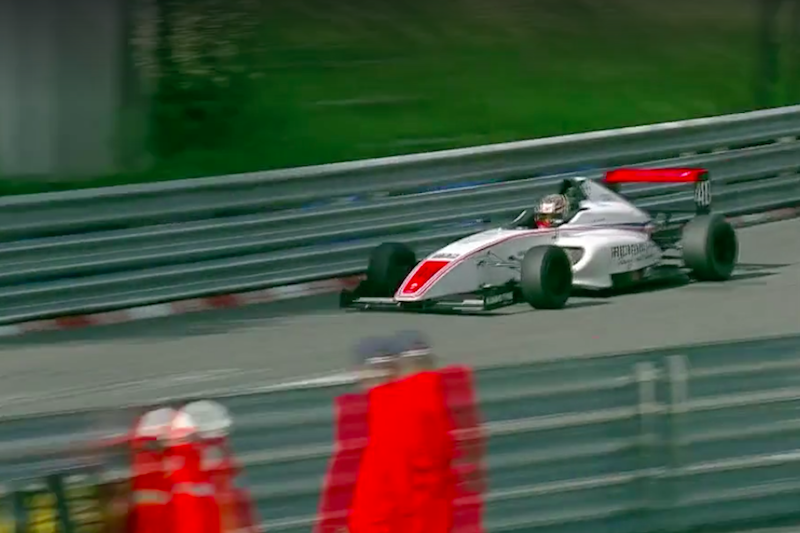 Enzo Valente claimed victory in the second French Formula 4 race of the weekend in Pau after overtaking pole-sitter Bryson Lew early on.

Lew was able to keep the lead at the start of the race, but Valente got around the American at the end of the opening lap.

Valente created a gap to the cars behind but the safety car negated his advantage halfway through the race, brought out for Valdemar Eriksen who had crashed into the wall after running with a badly damaged front wing.

When the race restarted with around six minutes to go, Valente was able to stay in the lead and create a gap again before the chequered flag fell.

Evan Spenle finished in second having also got around Lew just after Valente at the beginning of the race. He was able to hold off Gillian Henrion who had started the race in fifth.

Lew was fourth when the safety car came out, but fell down the order when the race restarted. Fourth place was taken by Mathis Poulet who had Stuart White on his tail for the final few laps.

Isack Hadjar finished the race in sixth ahead of race one winner Reshad de Gerus, and was the highest placed Junior class driver.

De Gerus has moved to within two points of the series lead after double Nogaro winner Hadrien David crashed out on lap two.