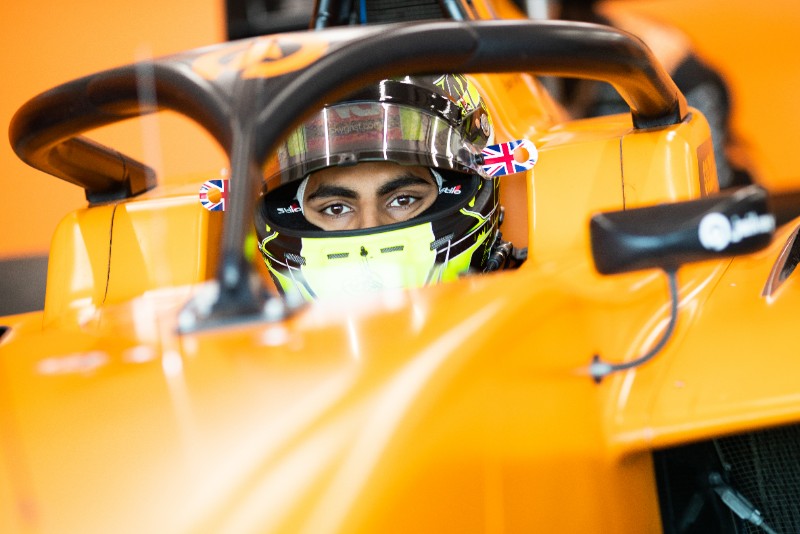 Formula 3 star Enaam Ahmed is set to join the Road to Indy’s ‘Sprint Training’ pre-season test at Barber Motorsports Park this week in one of RP Motorsport’s Indy Pro 2000 cars.

The 21-year-old won the BRDC British F3 Autumn Trophy in 2016, following that up with a dominant title triumph in the main series in 2017 and then winning in FIA European F3 in 2018.

In 2019 he was a race-winner in Super Formula Lights and also starred in Euroformula, before returning to Carlin, the team he won the British F3 title with, in 2020 for the FIA F3 Championship. That campaign only lasted three rounds, and he was next seen in a car in Super Formula’s post-season test driving for B-MAX Racing.

RP Motorsport is making a return to IP2000 after the COVID-19 pandemic forced the Italian outfit to miss the 2020 season, and it has success with fielding former Euroformula racers.

In its maiden campaign in 2018 it ran then-reigning Euroformula champion Harrison Scott and the Englishman won two races, then a year later it took Kyle Kirkwood to the title. It was supposed to run Lucas Petersson and Phillippe Denes in 2020.

So far it only has former Ferrari junior and Formula Regional European Championship race-winner Enzo Fittipaldi signed for its return season, and that car will be co-run by Andretti Autosport. Fittipaldi has recently raced for Dale Coyne Racing with Rick Ware Racing in IndyCar’s official Esports series.

Another additional entry at the Barber test on April 4/5 is a third car being entered by Exclusive Autosport for the USF2000 sessions.