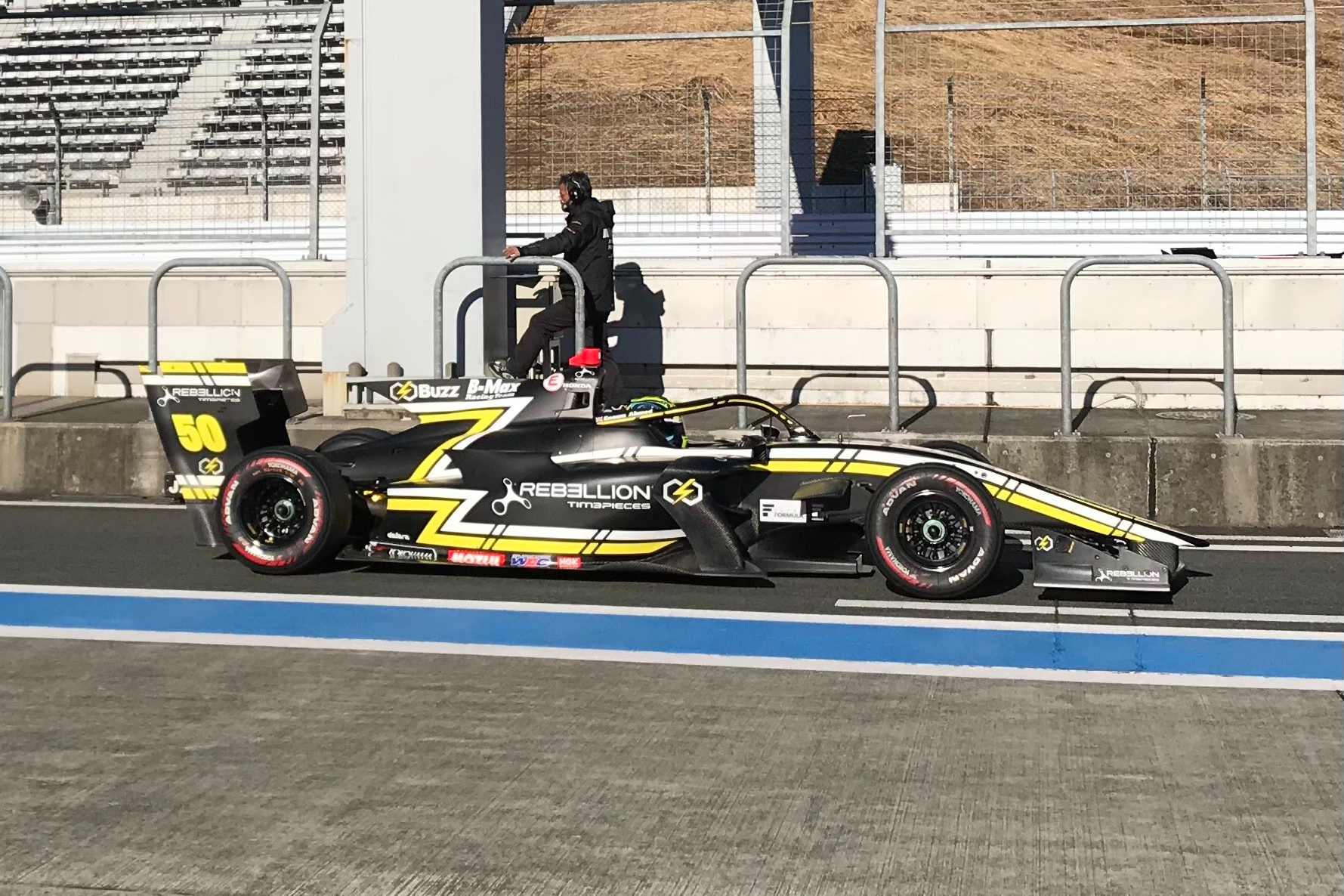 After a race-winning campaign in SF’s supporting Super Formula Lights series with B-MAX in 2019, London-based Ahmed returned to Europe this year to race in FIA F3. His season only lasted three rounds before he left, and he has not raced since.

The 20-year-old was one of three drivers in action for B-MAX on the first day of the test, with team boss DRAGON and Formula Regional Japanese Championship racer Nobuhiro Imada also sampling the team’s cars.

The driver who set the pace was newly crowned three-time SF champion Naoki Yamamoto, who was driving for Nakajima Racing rather than his usual Dandelion Racing outfit.

Besides the B-MAX crew, the other ‘rookies’ to take part in the test included new SF Lights champion Ritomo Miyata at TOM’S, who is all but guaranteed a full-time SF promotion next year after starring in his first two races in 2020, FRJC champion Sena Sakaguchi at INGING and SF Lights racer Shunsuke Kohno at ROOKIE Racing.

Miyata was fastest in the SF Lights test that ran alongside on Tuesday, heading Rn-sports’ Atsushi Miyake – the 2019 Japanese Formula 4 runner-up – by 0.142s.