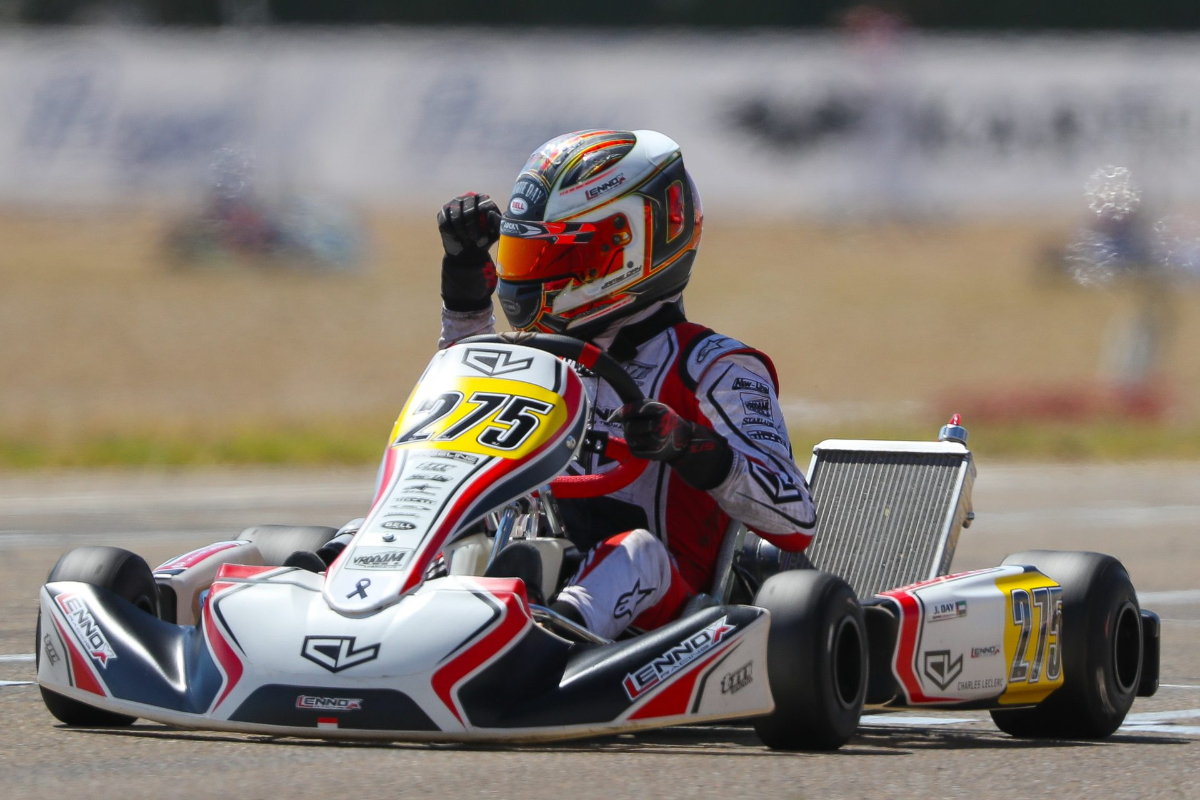 Xcel Motorsport has expanded its Formula 4 United Arab Emirates line-up to a massive eight cars with the signing of karter Jamie Day.

The Britain-born racer has been linked to Xcel for several years – his father Kevin is the team’s managing director – and tested its F4 cars in Europe and the UAE while in his first year of senior karting. Highlights there included sixth in the WSK Super Master Series and winning the Champions of the Future round he contested.

Day won the French Cup title in 2019 at the junior level, as well as finishing sixth in the CIK-FIA European and World karting championships, and his partnership with Lennox Racing Team led to joining Charles Leclerc’s karting brand for 2020.

“It is great to welcome Jamie back to the team for 2021, Jamie started his karting career with us and it is great to be back working with him as he makes the transition into single-seaters,” said Xcel team manager Paul Hardy.

“Jamie has been racing in Europe for the past few years focusing on OK and OKJ where he has been very successful winning races at the highest level. Although the being very new to car racing, I’m sure Jamie will be one to watch as the season develops.”