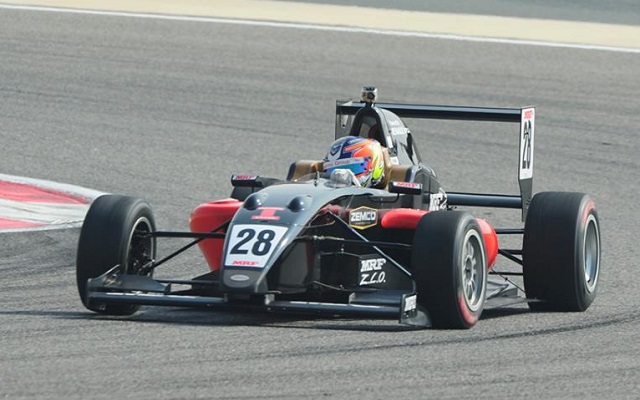 Cypriot Tio Ellinas took his maiden MRF Challenge win from pole in race three of the Sakhir round of the championship.

Despite briefly surrendering the lead to fellow front row starter and main championship rival Arthur Pic over the opening lap, Ellinas was immediately back into the lead and controlled the race from that point on, eventually finishing ten seconds ahead of the opposition.

Pic, meanwhile, struggled for pace after his brief foray into the lead, spending most of the race in defensive mode as he came under pressure from Rupert Svendsen-Cook. The Briton came close to pulling off the overtake on the penultimate lap, but couldn’t make it stick and wound up losing the final podium position to Sam Dejonghe.

Briton Harry Tincknell, who was among the frontrunners in qualifying, had a mechanical failure on his way to the grid.

The third race marks the end of the MRF Sakhir weekend, as the remaining scheduled race was canceled due to yesterday fog.