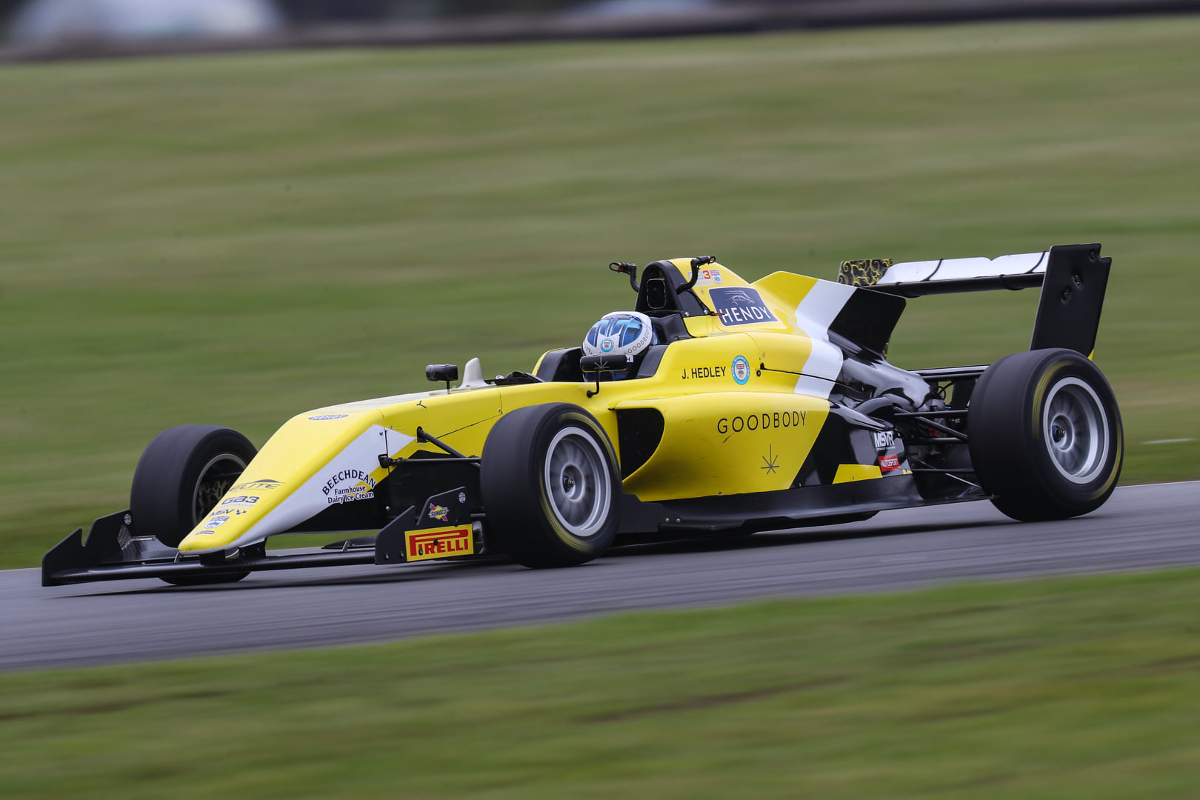 Hedley will partner Tom Lebbon and Javier Sagrera on his return to the team with which he won the 2019 Ginetta Junior title, as well as the Winter Series crown the previous year.

He stepped up to British F4 in 2020 with JHR Developments, taking a pole and a win straight away and getting three more wins at Thruxton. A 2021 move to Fortec Motorsports led to four wins, but a mid-season switch to Carlin has dropped him to fifth in the standings.

“My focus is absolutely on F4, as I want to give the hard-working Carlin team the wins and podiums they deserve,” said Hedley. “However, this kind opportunity from Ed Ives of Elite Motorsport is too good to refuse.”

“It will give me a good experience to progress in any championship next year.”

“I am really excited for this opportunity to drive the GB3 car, as the extra speed should help develop my driving,” Hedley added.

“Donington happens to be one of my strongest tracks. I poled it in F4 and got my first single-seater win there. I also scored three Ginetta Junior podiums there with Elite in my championship winning year including two wins – one of which was by over 20 seconds – missing out on a third win by 0.024secs – so I’m really looking forward to making my GB3 debut at the circuit.”

Elite fielded three cars for the start of its maiden single-seater assault this year. But, after the departure of Mexican Jose Garfias, the team ran two cars at the Silverstone and Oulton Park rounds.

“James is having a tough year in F4 so with a spare car in GB3 for the final round, James was the obvious choice,” said team principal Ed Ives.

“He is our 2018 Ginetta Junior Winter Series champion and 2019 overall Ginetta Junior champion so I am delighted to welcome back James to the Elite family and really looking forward to see how he adapts to GB3 after two seasons in F4.”