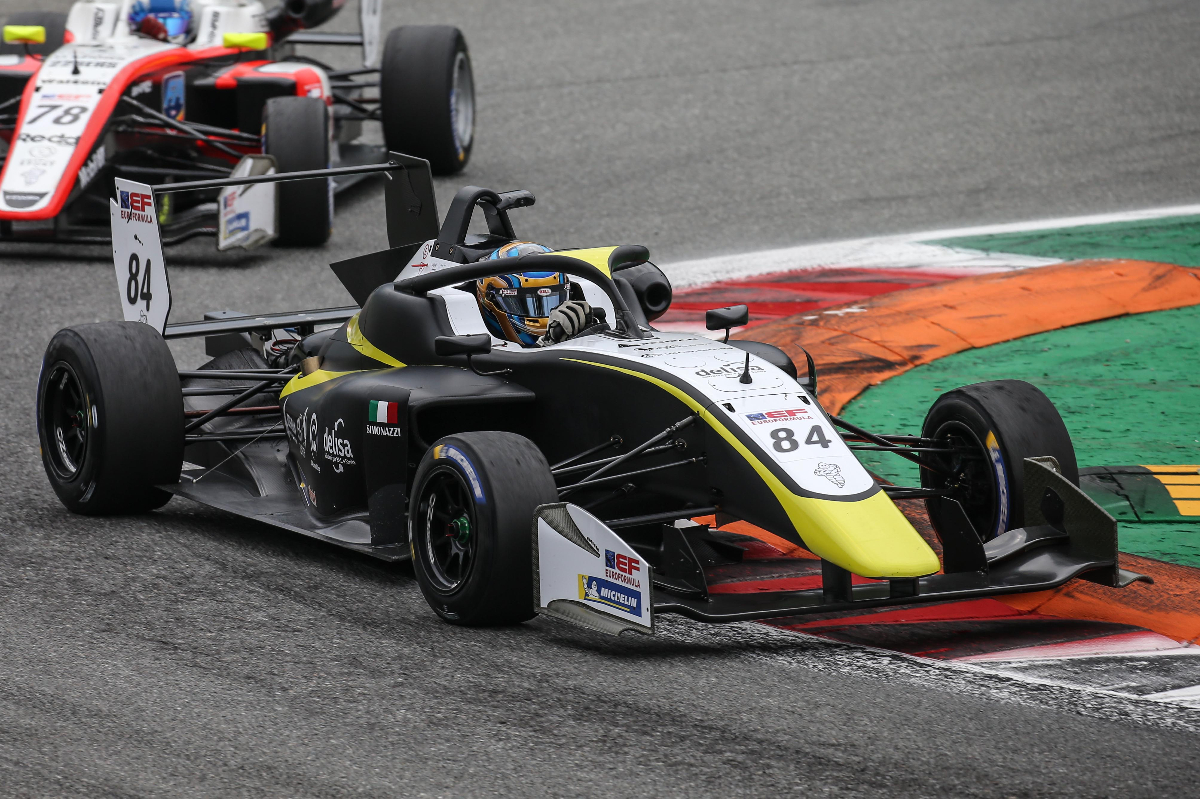 BVM Racing has decided to contest this month’s Euroformula season finale at Barcelona with Francesco Simonazzi after being encouraged by the results from his debut weekend at Monza.

The Giuseppe Mazzotti-led Italian outfit competed in Euroformula from 2013 to 2017, usually running two cars but rarely completing full seasons with both, and claimed four podiums. It plans to be racing full-time in the series again in 2022.

After debuting its Spiess-powered Dallara 320 with success in the F2000 Italian Trophy, BVM returned to Euroformula at Monza last month. Simonazzi missed qualifying due to an engine failure, but came ninth, 10th and sixth in the races.

“After taking part to the Monza round, we have decided to repeat the experience at Barcelona, where we will have to take up the challenge of not having tested the car on that track,” said BVM team principal Mazzotti.

“The objective is to gain experience and data ahead the next season.”

The team has also been running Simonazzi part-time in Italian Formula 4 this year, and he currently sits 12th in the standings having contested half of the rounds held so far. He aims to step up to Euroformula permanently with BVM next year.

“At Monza, we went through a complicated weekend, but we kept improving and in race three, I could be in the fight, missing narrowly the top five.

“At Barcelona, where we have no experience with this car, we will have to use at its best the day of private tests on Thursday.”

The Barcelona season finale takes place on October 22-24, with 63 points separating Cameron Das (Motopark) and the chasing Louis Foster (CryptoTower Racing Team) at the top of the standings and with 84 still to score.