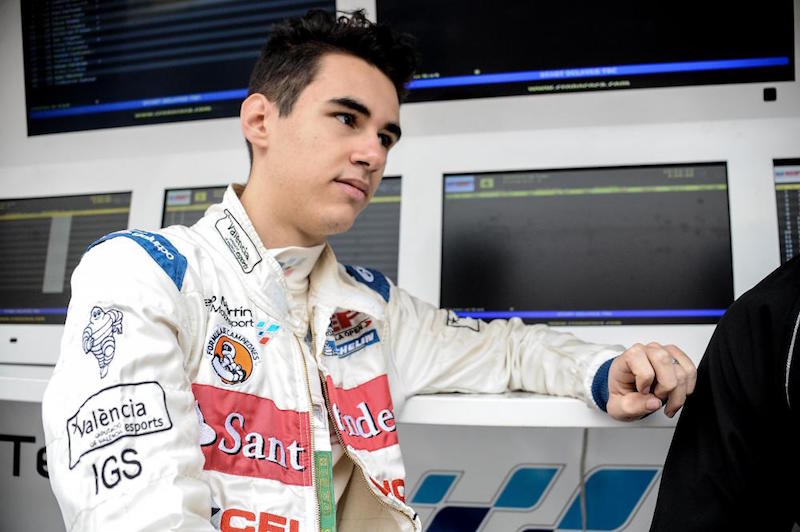 Eliseo Martinez will switch from Euroformula Open to the Formula Renault Eurocup for his second season in single-seaters, after signing with AVF.

He will join Xavier Lloveras, Axel Matus and Christian Munoz at AVF.

“I have great hopes for 2018. It will be a very hard championship featuring the best drivers in the world,” Martinez said.

“I fought with them in kart racing in the past, and it will be equally challenging to adapt to the new category.

“On the other hand, I am sure that AVF will give me great support. We already had the chance to work together in winter testing which went well enough. This is why I decided to try my hand at the Eurocup.”

Team boss Adrian Valles said:?”Eliseo is the fourth driver joining our ranks for the upcoming Eurocup season and I’m very happy with that.

“We have four young and potentially very fast guys, which obviously raises our hopes to be competitive.”

Thomas Maxwell will stay in the Eurocup for a second a season, his fifth in single-seaters, swapping Tech 1 Racing for JD Motorsport.

Maxwell was 16th in last season?s standings, with his two points finishes coming early on.

He also spent 2016 driving for Tech 1, in the FR Northern European Cup, and raced in BRDC British Formula 3 and Australian Formula Ford prior to that.