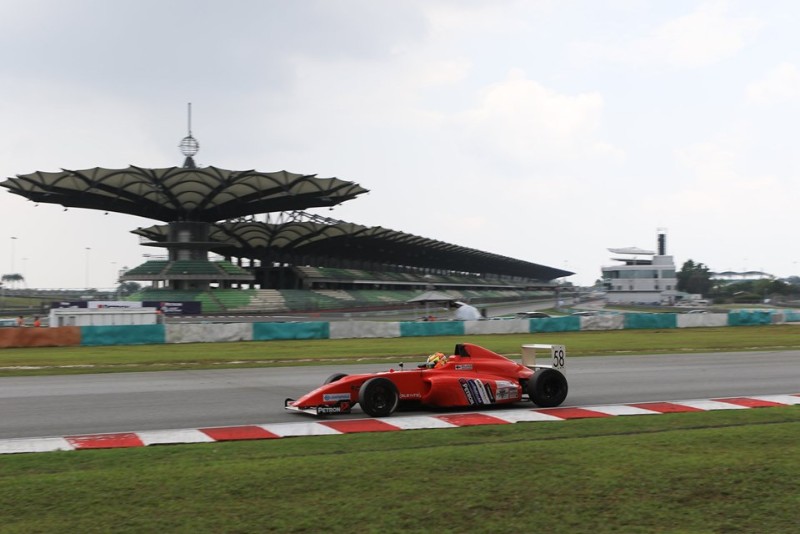 The Finnish teenager raced in several F4 series last year in his debut season in junior single-seaters, following a karting career that included a Finnish title at the lower levels and European appearances in the senior OK karts.

It was in F4 SEA where he shone the most last year, just missing out on the title after several cases of misfortune. He did add 11 wins to his resume, and was also competitive in the non-FIA regulated Formula Academy Finland and SMP F4 series.

During winter he tested in Van Amersfoort Racing’s F4 cars while assessing his 2020 options, but was persuaded to join US after promising tests at Vallelunga and Oschersleben at the start of this year.

“We are happy to announce that Elias Seppanen will join US Racing for the 2020 ADAC Formula 4 season,” read US’s statement on Seppanen’s signing.

The team, which is co-owned by former Formula 1 driver Schumacher and former Mercedes-Benz DTM boss Gerhard Ungar, ran under the Sauber Junior Team name last year and won all three of the title available.

Theo Pourchaire, who is expected to continue as an F1 junior with an as yet unnamed team, won the overall crown while his team-mate Roman Stanek won the rookie title. US comfortably beat VAR to top the teams standings.

US has already signed ADAC-backed karter Tim Tramnitz and Vladislav Lomko, who has come car racing experience in French F4, to partner Seppanen for the upcoming season.