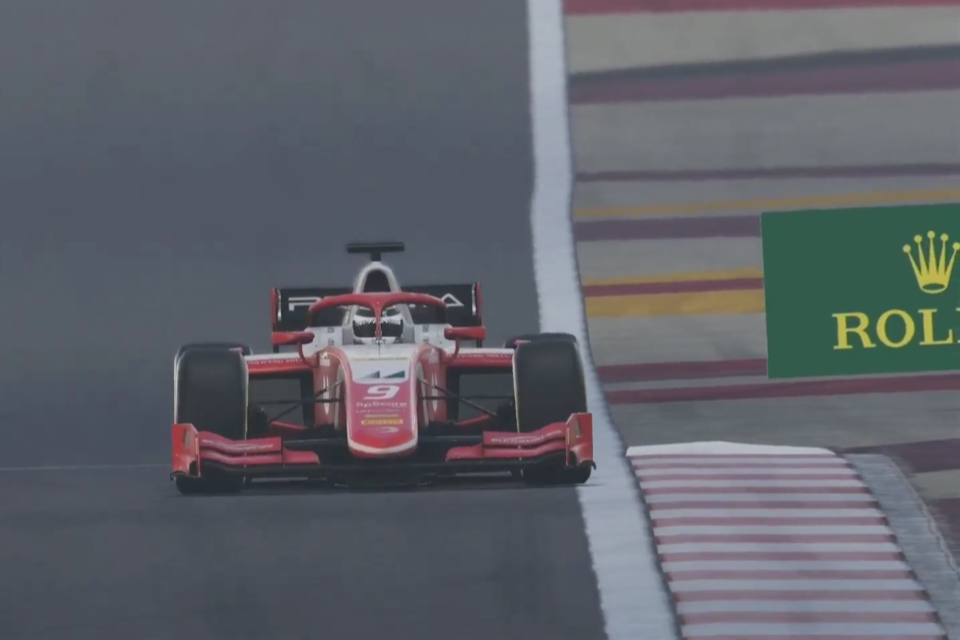 Leclerc took pole in the one-lap qualifying session, and led the pack at the start of the feature race.

The first corner was marred by some chaos in the mid-pack (but no cars were damaged as the simulation was removed), and DAMS’ Formula E racer Oliver Rowland slotted into second place.

As in real life there was a mandatory pitstop, with Leclerc making his on lap six of 16. That was one lap before many of the other frontrunners, who he successfully undercutted.

From there, the younger brother of Ferrari F1 driver Charles was unchallenged and took a comfortable victory ahead of Rowland. The battle for third was largely between Campos Racing’s Jack Aitken and Virtuosi’s Callum Ilott.

Initially Aitken held the advantage, but Ilott then jumped him in the pits. However, the pair continued their duel after the stops, and Ilott spun while under pressure from his rival.

However, Liam Lawson, who had worked his way back up the pack after stalling from second on the grid, managed to get past the pair of them to round out the podium for Campos.

The Brazilian was swarmed on the opening lap ? which was cleaner than the feature ? and Carlin’s Norman Nato took the lead early on. Ferrari junior Leclerc quickly worked his way up into fifth.

Some five-wide action helped Rowland up into sixth, while Ilott spun again ? this time in a battle with Charouz Racing System’s Louis Deletraz.

Leclerc passed the pair of them to work his way into second, just as leader Nato was given a two-second penalty for track limits.

Nato won on the road, but Leclerc and Deletraz were close enough to inherit first and second ahead of the penalised World Endurance Championship frontrunner.

Rowland came out on top of a battle with F3 racer Frederik Vesti – which included contact on the pit straight – to take fourth, while Ilott recovered to finish sixth. Virtuosi returnee Luca Ghiotto and Lawson rounded out the points.