It’s been a very long road, but ten years after becoming the karting world champion, Giedo van der Garde is finally on the verge of a race seat at the top of the sport as he takes part in a run of Friday outings with Caterham…

At 27-years-old, Giedo van der Garde is pushing the boundaries of a “young driver”, but he is edging closer to becoming a Formula 1 driver in 2013. It’s ten years since he won the World Karting Championship, and after four years as a GP2 Series frontrunner following his title triumph in Formula Renault 3.5 back in 2007, the well-backed Dutchman is finally closing on an F1 race seat. Today’s run in first practice in Abu Dhabi will mark his fourth consecutive deployment on a Friday with Caterham.

Giedo started off in karts, winning the World Championship in 2002. The following year he began racing cars in Formula Renault, finishing fourth in the Dutch championship and sixth in the Eurocup, where he claimed a win and two other podium finishes from the six races he contested.

He stepped up to the Formula 3 Euro Series in 2004 with the Signature team, finishing a promising ninth in the final points with two podiums, and second in the rookie cup. He spent the year as a member of the Renault F1 Team’s driver development programme. He switched to Team Rosberg for the 2005 Euro Series, but could only finish the year in ninth place again with two more podiums. He opted to stay in the Euro Series for a third year in 2006, moving to the crack ASM squad with support from McLaren and Mercedes. However, he was overshadowed by less experienced teammates Paul di Resta and Sebastian Vettel – who fought for the title – and had to make do with sixth in the final standings, claiming one victory and three other podium finishes. He finished second in that year’s Masters of F3 on home soil at Zandvoort. 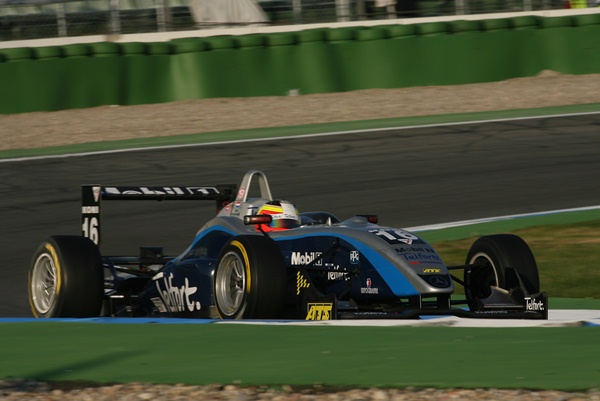 Prior to 2007, Giedo initially signed to become reserve driver at Super Aguri, only to later switch to the Spyker team after a messy contract dispute. He moved on to the Formula Renault 3.5 Series that year, driving for Victory Engineering. He finished sixth in the standings after a consistent campaign where he claimed ten top six finishes from 17 races, even if the podium somehow eluded him. Switching to P1 Motorsport for 2008, Giedo started his season with two wins at Monza and added another next time out at Spa. Further victories followed at Hungary and Le Mans as he won the title comfortably. He undertook a prize F1 test with Renault at Barcelona.

Giedo made the move on to GP2 for 2009, first contesting the 2008-09 Asia Series for iSport. Remaining with the British squad for the main season he took three wins towards the end of the year – in the sprints in Hungary and at Spa as well as the feature race at Monza. That put him seventh in the final standings, in what would be the last year of his relationship with McLaren. 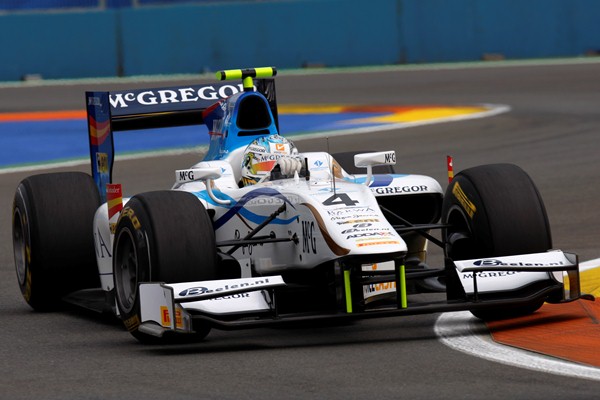 Switching to the Addax team for 2010, Giedo finished seventh once again, this time failing to win a race. He fought fellow Benelux driver Jerome D’Ambrosio for a Virgin Racing F1 seat for 2011, but missed out to his Belgian counterpart. That led to another season in GP2, again with Addax, where he held second in the standings behind Romain Grosjean until four non-scores in the last four races saw him slip to fifth and ending the year again without a race win, although he would have won the feature race in Valencia had it not been for a yellow flag infringement.

Giedo said he would not be returning to GP2, but after again failing to land an F1 seat and settling for a reserve deal with Caterham, he turned out the the squad’s GP2 arm. The team’s inexperience meant he was not chasing the title, but he was able to finish sixth, with victories in Barcelona and Singapore, poles in Bahrain and Hockenheim and a double podium in Monaco being the main highlights.

He took part in Friday practice for Caterham at the Chinese Grand Prix, and more recently in Japan, Korea, India and now Abu Dhabi. He is also expected to run at the season finale in Brazil.

Talent rating: While he is generally consistent, Giedo has a habit of being unable to convert his pace and ability into results, hence how he had two years in GP2 with Addax without winning a race, even though he was always there or thereabouts. He certainly showed promise in his early career and confirmed that with his FR3.5 title, while he’s been a consistent frontrunner for all four of his years in GP2 even if he seems to lack the tenacity to win plenty of races. But at 27 and with ten years of single-seaters behind him, he’s more than ready for F1. 8/10

Chances of getting to F1: His 2012 season will not be perceived as particularly successful for a fourth-year driver outside of Caterham, but they will know how well a job he did or not. He is backed by billionaire Marcel Boekhoorn, who is also his father-in-law, and whose business interests include his biggest sponsor McGregor. This funding has allowed him to sniff around F1 teams in the past, without ever managing to land a race seat. If he has impressed Caterham this year, that money could be key. He could be behind Charles Pic in line for a race seat at the team for 2013, but his money could see him chosen over incumbents Heikki Kovalainen or Vitaly Petrov. If the chance doesn’t come for 2013, it will probably be game over and he’ll need to look elsewhere in the sport. 8/10 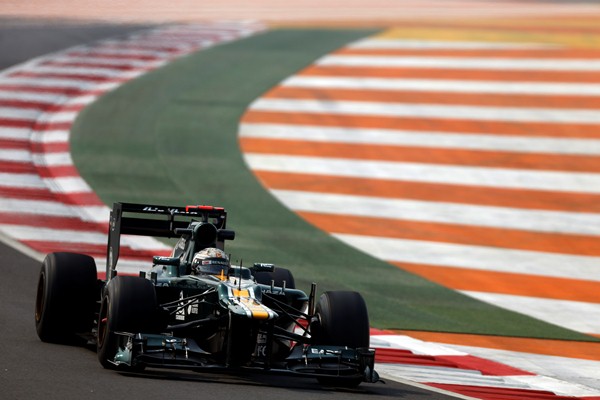