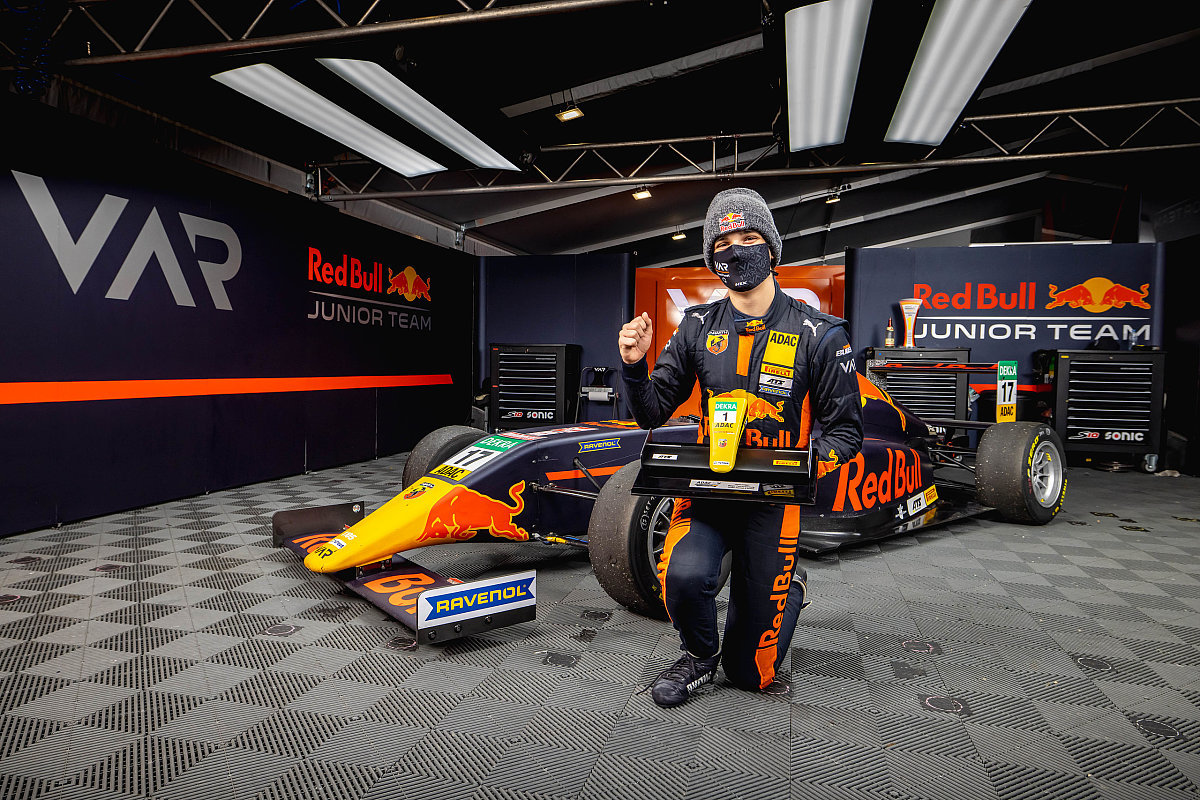 Red Bull junior Jonny Edgar executed a pre-race plan that took him from nine points behind to winning the ADAC Formula 4 title in the final race of the season.

Contact with title rival, Van Amersfoort Racing team-mate and Red Bull stablemate Jak Crawford led to Edgar’s season-long points lead being relinquished to a puncture and a finish outside of the points in race one of the Oschersleben season finale, and the margin then grew in Crawford’s favour when he pipped Edgar to victory in the year’s penultimate race.

Edgar started seventh and Crawford in eighth in the reversed-grid title decider, and Edgar had to finish several places ahead to claim back the points lead. He managed that, finishing second to Crawford’s sixth, and winning the title.

“For the last race I had worked out exactly what I needed to do to win the championship,” Edgar said.

“I had a good start so got to P4 on the first lap. The pace was really good so I got to P3 a couple of laps later.

“I had the fastest lap. Then we had a safety car, I got a good restart and got into second. I knew that Jak was two places behind where he needed to be to beat me in the championship. So then I didn’t take any chances trying to pass the leader.

“The last five laps were a bit difficult because nearly everyone had saved some tyres for the last races but Jak and I hadn’t. Our cars were so good this weekend though that even with old tyres we still had good pace and it was only difficult over the last few laps.”

Edgar “didn’t want to take too many risks” when battling Crawford for victory in race two of the weekend after their race one contact, but they could potentially be fighting for position again in 2021 as both are expected to step up to FIA Formula 3 Championship.

While “nothing has been confirmed yet” for Edgar, who acknowledged that Red Bull “want to have their say” in his next career move, he has already had a competitive showing in FIA F3 post-season testing with MP Motorsport.