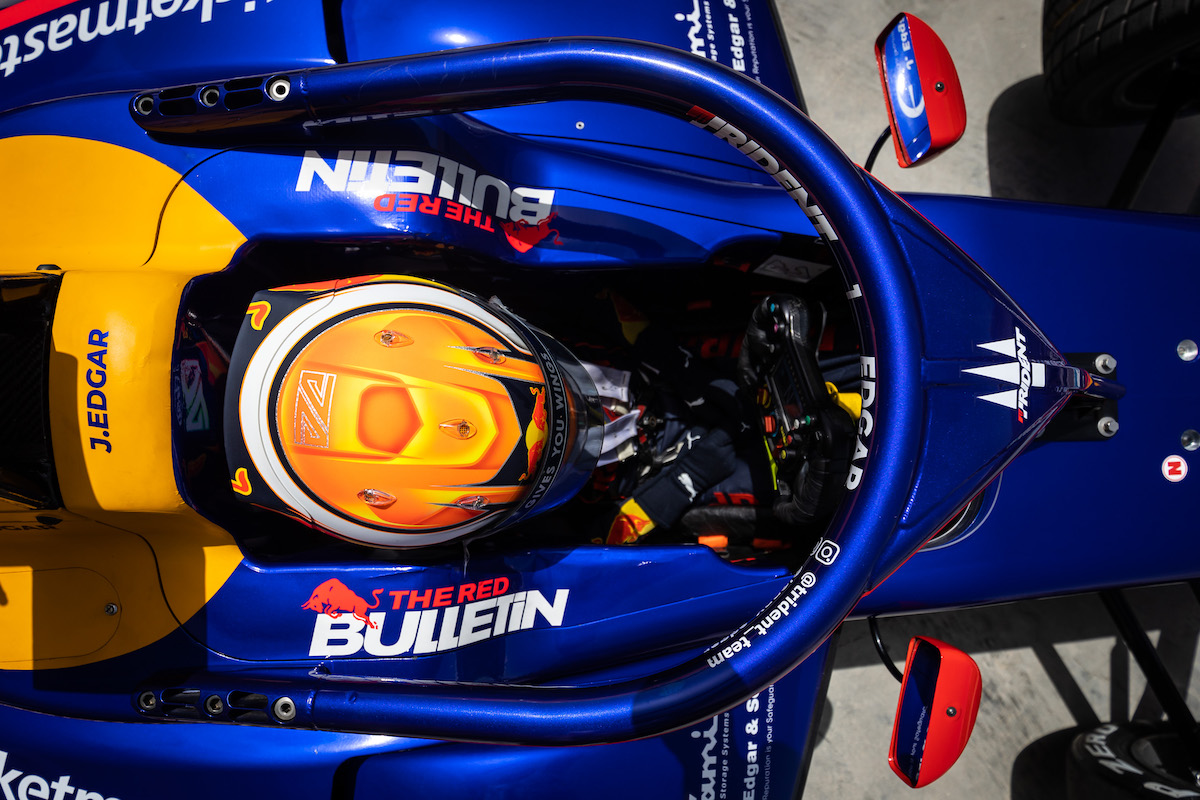 Red Bull junior Jonny Edgar has had to leave his FIA Formula 3 Championship seat with Trident due to long-term health problems, and has been replaced by Oliver Rasmussen.

Edgar had been inflicted by an undisclosed illness that led to him losing a significant amount of weight over the winter and he found it physically challenging after just one or two laps during the FIA F3 season opener at Bahrain last month.

Revealing he has been diagnosed with Crohn’s disease, he has now had to bring his sophomore campaign to a close.

“As a family, we have made the extremely difficult decision that I will not continue in FIA F3 until I am feeling well again,” said Edgar, who thanked Red Bull and Trident for their “unwavering support”.

“Having recently been diagnosed with Crohn’s Disease, at the present time I am simply unable to physically compete at the level required.

“Once on the correct treatment path, I will hopefully be back to full health/fitness but until then I need to take some time out to prioritise my health.”

“I am delighted to line up for the upcoming events of the FIA F3 Championship with Trident Motorsport,” said Rasmussen.

“Joining the line-up of the reigning champion team is something that only happens a handful of times in a driver’s career, and I want to make the most out of this chance. I want to thank Trident for the opportunity and to [WEC team] Jota Sport for their continued support.

“I will give my 100% on track to reward the trust that Trident has placed in me, and I cannot wait to wear the team’s colours.”

After Bahrain, Trident team manager Giacomo Ricci talked about how impressed he had been by Edgar’s performances while in ill-health. He also commented on the team’s replacing of the 18-year-old, praising his fight against illness.

“It is with great regret that we say goodbye to Jonny Edgar, and we wish him the quickest possible recovery,” he said.

“Since the start of the season, he was weakened by physical issues, but he fought like a lion. He did not back down and continued to race. However, his conditions necessitate a break from his competitive activity to support his recovery.

“Jonny always gave his maximum to the team, he has a fantastic family and is a wonderful guy.

“Oliver Rasmussen will be replacing Edgar. He is a quick and experienced driver, and we are proud to welcome him to the Trident family.

“I am sure that he will quickly gain the chemistry needed to gel with the team, making the most of the four days of testing between Jerez and Barcelona, which will be followed by the round at Imola. We will put up our best effort to help Oliver and we are sure that he will provide a great contribution to the team.”