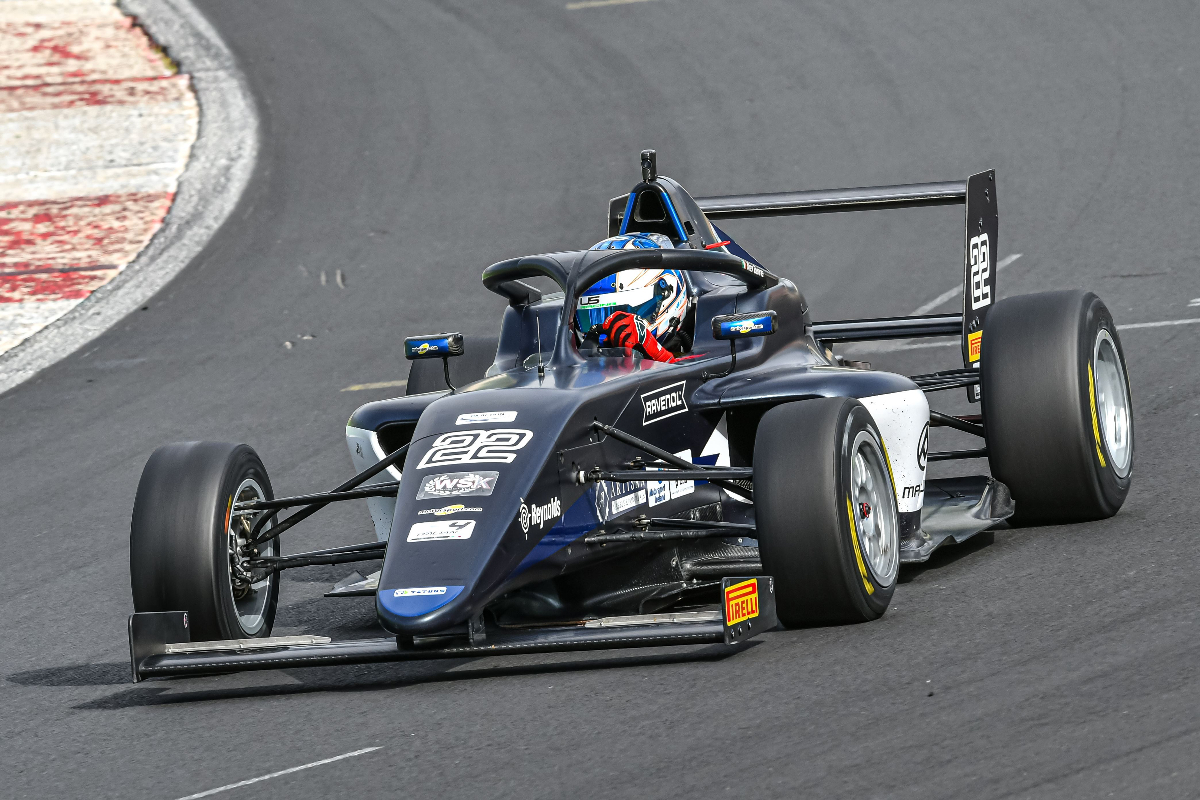 US Racing’s Alex Dunne topped Formula 4 testing at the Red Bull Ring this week, as the entry list was bolstered by karters.

The 39-strong entry list was split into two groups, with Dunne’s usually the faster over the two days of running.

He set the fastest lap of the test, a 1m31.574s, in the very first session and that put him on top by 0.444 seconds ahead of team-mate Kacper Sztuka with only two other drivers within a second of the pace.

Seventh fastest was Sauber’s karter Zachary David, and other karters in the group included Leonardo Megna, who was with BVM Racing after recent tests in first-generation F4 cars with the team and GDL Racing at Cremona, Flavio Oliveiri with Cram Motorsport (after doing Gen1 running with G-Motorsport), Ferrari-backed Laura Camps Torras with Iron Lynx, Rashid Al Dhaheri with AKM Motorsport and SG Motors’ Roberto Arne in an old car.

Dunne was pipped by team-mate Marcus Amand to top spot in their second session, while Stenshorne again led Badoer in Group B, but was back on top in the afternoon as he headed David by 0.074s in session three of Wednesday’s action.

Stenshorne was also fastest once more in Group B’s third session, 0.080s up on Badoer this time, then US had another one-two in Group A’s final session as Dunne led Nikhil Bohra by a tiny 0.001s.

Lindblad, who will be making his F4 debut with VAR once he has turned 15 next week, led Group B’s final session by 0.019s ahead of Stenshorne.

Thursday’s action featured three sessions for each group, and Stenshorne returned to the top of the order as Group B headed out first. BWR Motorsports’ Alfio Spina was second fastest, 0.030s behind, with both improving on their day one bests.

Dunne and Bohra were split by 0.098s when Group A took to the track, then Jenzer Motorsport duo Alex Partyshev and Ethan Ischer both improved to set the pace in Group B’s session six. They were two of very few drivers to improve their pace after the early morning.

Bohra was fastest by 0.097s over Sztuka in Group A’s penultimate session, and Iron Lynx’s Niko Lacorte surprised to end the test with the fastest lap in session eight. He was quickest by 0.091s, beating David.

Stenshorne and Lindblad were the top two in Group B’s final session. VAR also ran Arias Deukmedjian in a Dallara 320 in the test, and W Series racer Tereza Babickova was testing a Formula Regional car.