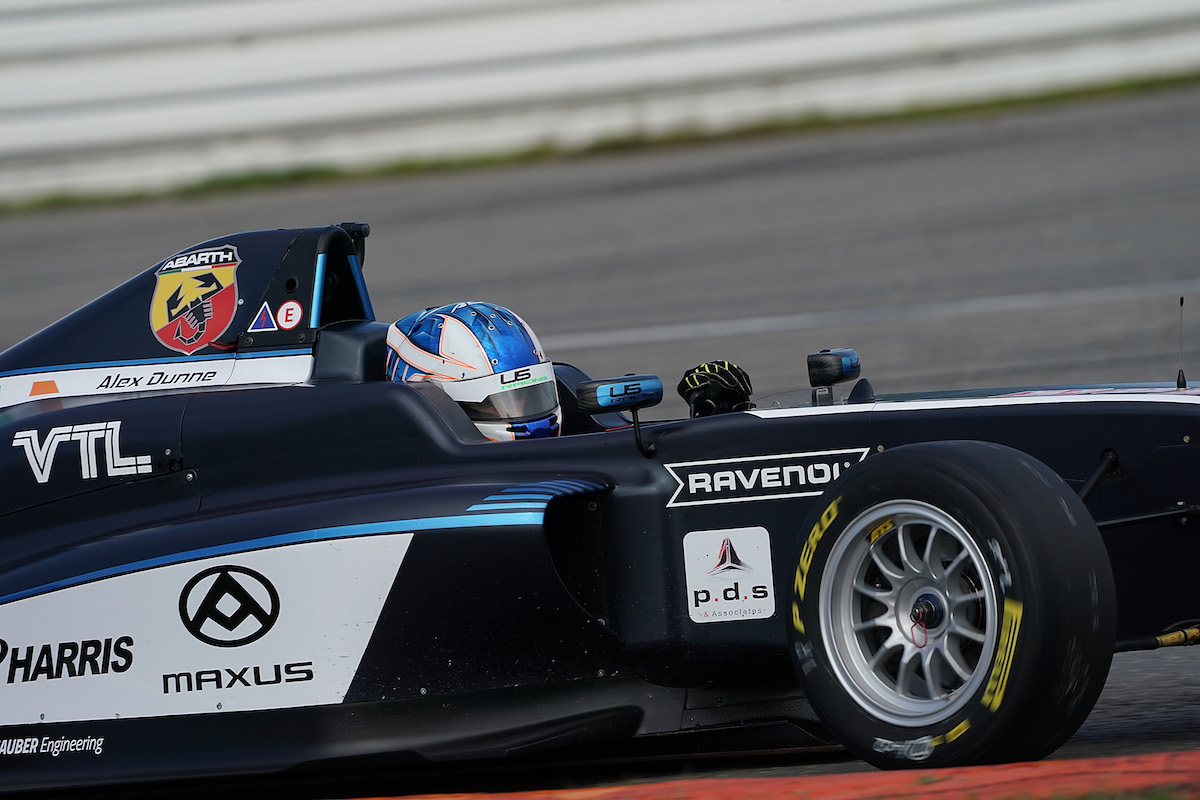 Alex Dunne claimed pole position in both ADAC F4 qualifying sessions at Hockenheim as he makes just his second appearance in the championship at the same track where he debuted.

Van Amersfoort Racing’s Nikita Bedrin was the first driver out on track in qualifying one, being shortly joined by the rest of the field. However, it was US Racing’s Tim Tramnitz who set the first representative laptime halfway through the session.

Team-mates Dunne and Tramnitz were the only ones to break the 1m 41s barrier during the first qualifying session. Dunne set a new benchmark of 1m 40.842s with three minutes to go, taking the first spot away from his teammate.

Tramnitz would better his own laptime a few moments later, but it wasn’t enough to beat Dunne to race one pole position.

Championship leader Ollie Bearman will line up third in race one after concluding Q1 almost two tenths off pole. He had two of his laps cancelled for exceeding track limits, but neither of them improved upon his best effort.

Bearman’s VAR team-mate Joshua Dufek and US Racing’s Luke Browning rounded off the top five for the first race of the weekend.

It was again Dunne who topped qualifying two, but not without being challenged by his rivals.

Tramnitz first set a 1m40.837s, which he himself would then better to a 1m40.673s one lap later. However, this would only be good enough for third place as laptimes improved considerably compared to session one.

Dunne and Bearman beat the Tramnitz benchmark three minutes before the end, with the Irishman sitting just 0.072 seconds ahead of the Englishman.

Browning gained a place in comparison to qualifying one as he finished fourth, just 13 thousands behind Tramnitz. Behind them, Bedrin completed the top five.