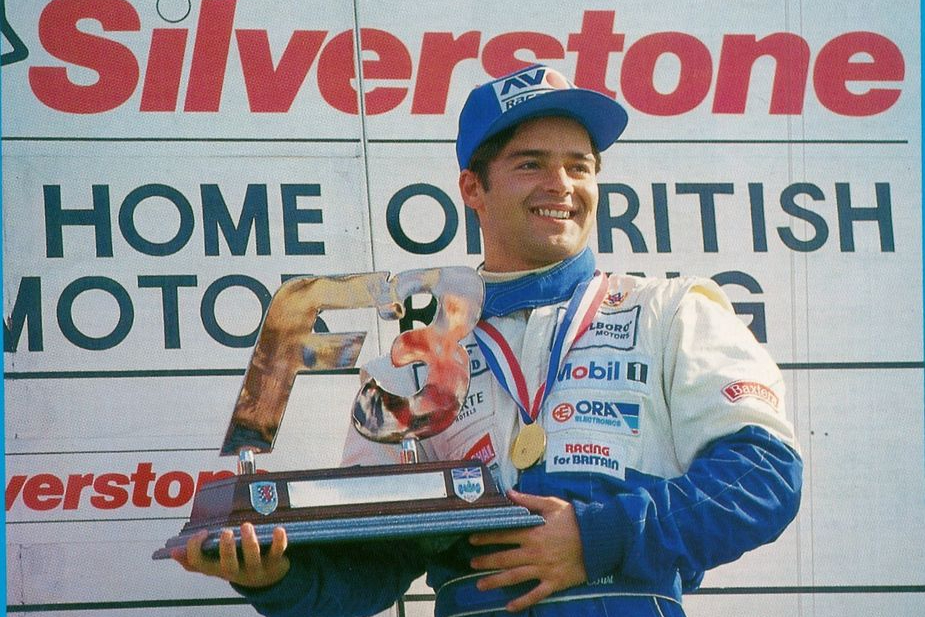 Burt will take over at the wheel of the Van Diemen RF80 that former Formula 1 and IndyCar driver Roberto Moreno will pilot at next weekend’s Formula Ford Festival, run by Jonathan Lewis’s Snetterton Speed Shop team.

Lewis will be reunited with Burt, who finished runner-up to David Coulthard for Jonathan Lewis Racing in the 1989 BARC FF1600 Junior championship.

Burt will partner fellow BTCC race-winner Warren Hughes, who will drive a 1978 Royale RP26 at the Silverstone event.

Following his spell in FF1600, Burt made a class-winning debut in the BTCC and then won the Formula Vauxhall Lotus title in 1991 with John Village Automotive.

He then stepped up to British F3 with Fortec Motorsports, finishing third, and a switch to Paul Stewart Racing for 1993 resulted in him clinching the title after a season-long battle with Oliver Gavin.

Some testing opportunities with the Jordan F1 team and another BTCC appearance followed in 1994 while also competing in the Porsche Supercup, and he finished second in that year’s Macau Grand Prix for West Surrey Racing.

Burt made a full-time move to the BTCC for 1995, replacing multiple champion Andy Rouse in a the touring car legend’s own factory Ford team, taking a maiden overall win at Snetterton in addition to four other podium finishes.

He won a further race in 1996 following a switch to Tom Walkinshaw Racing and its Volvos, the association also yielding an F1 test driver role with the Ligier team run by Walkinshaw. But a huge crash during BTCC’s visit to Oulton Park that year effectively stalled Burt’s career after being left severely concussed.

A difficult, winless BTCC campaign in 1997 followed, before moving to Japan in 1998 and competing in touring cars and GTs that year. He made a race return on home soil in the British GT Championship in 2001, winning the GTO class title, then switched to stock cars and came second in Britain’s ASCAR series.

That helped him back into international competition, and he appeared in sportscars and touring cars around the world, as well as back in the BTCC, until 2007. More recently, Burt has been a driver coach for W Series.