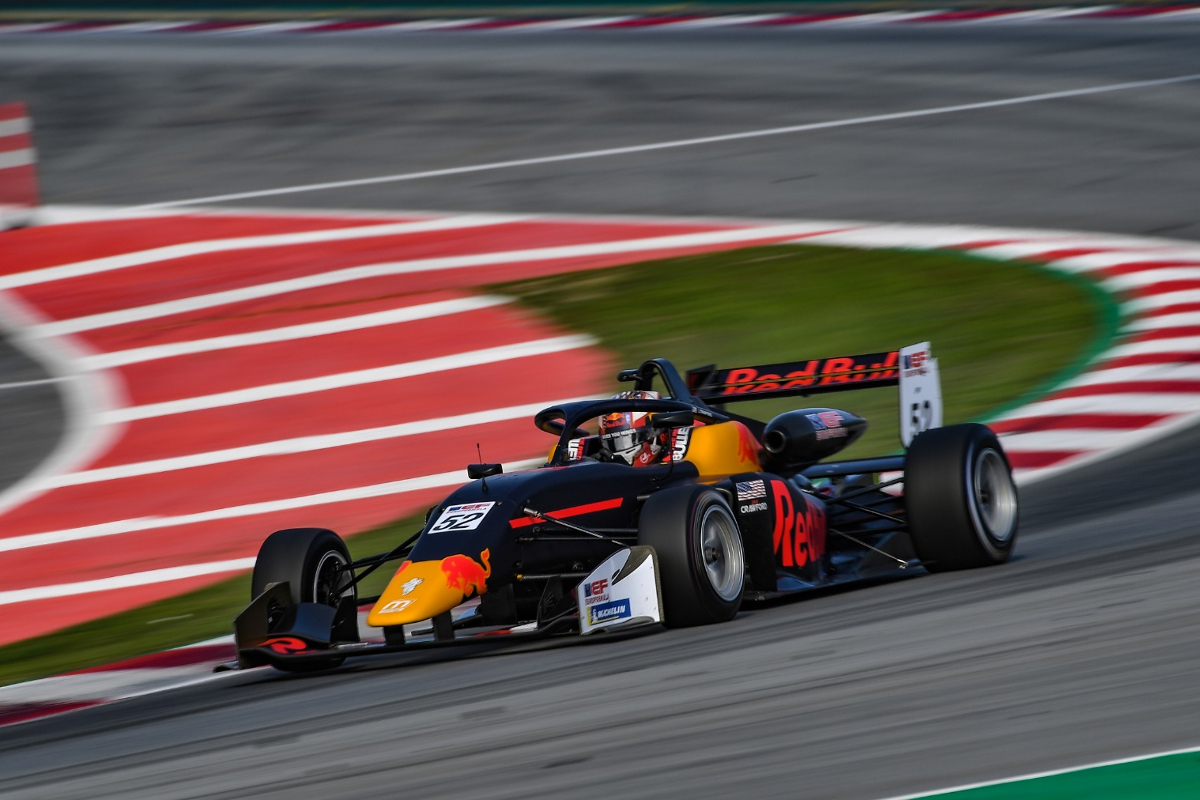 The Red Bull junior’s fastest lap came in the morning session, when he said he didn’t have a traffic-free tour of the circuit until his penultimate flyer which sent him to the top. He missed the previous round at Monza due to racing in Formula 3.

By the halfway point of the session Crawford was in second place, behind Van Amersfoort Racing’s Cem Bolukbasi, but the battle between Foster and the Carlin drivers soon resumed and it was Trulli who was ahead until the final two minutes when Bolukbasi used a strong first sector to go fastest of anyone.

At the very end he was beaten by Crawford though, while Das slipped into third ahead of Foster and Trulli.

FP2 in the afternoon kicked off with Foster on top again, but this time Crawford didn’t leave it late to set fastest laps and on a long run he bettered his own benchmark several times.

His team-mate Christian Mansell then did the same, although most drivers tended to be at their fastest on the second flying lap of each stint, and Das snatched second place from Crawford at the end of the first runs before Double R’s debutant Sebastian Alvarez did the same to him.

The start of the second runs was delayed after CryptoTower’s Filip Kaminiarz got stuck in the gravel at turn 11 and led to FP2 being red flagged.

Drivers queued up at the end of the pitlane and in the end only had time for two flying laps at the end of the session. On both tours it was Das who was the fastest, and his two improvements put him on top of the FP2 timesheet.

Mansell and Crawford were unable to go faster, and they were shuffled down the order by Casper Stevenson (VAR), Foster and Mason. Despite ending the session in fifth, Mansell was the only driver other than Kaminiarz to go faster in FP2 than in FP1 and that improvement put him 11th overall for the day.