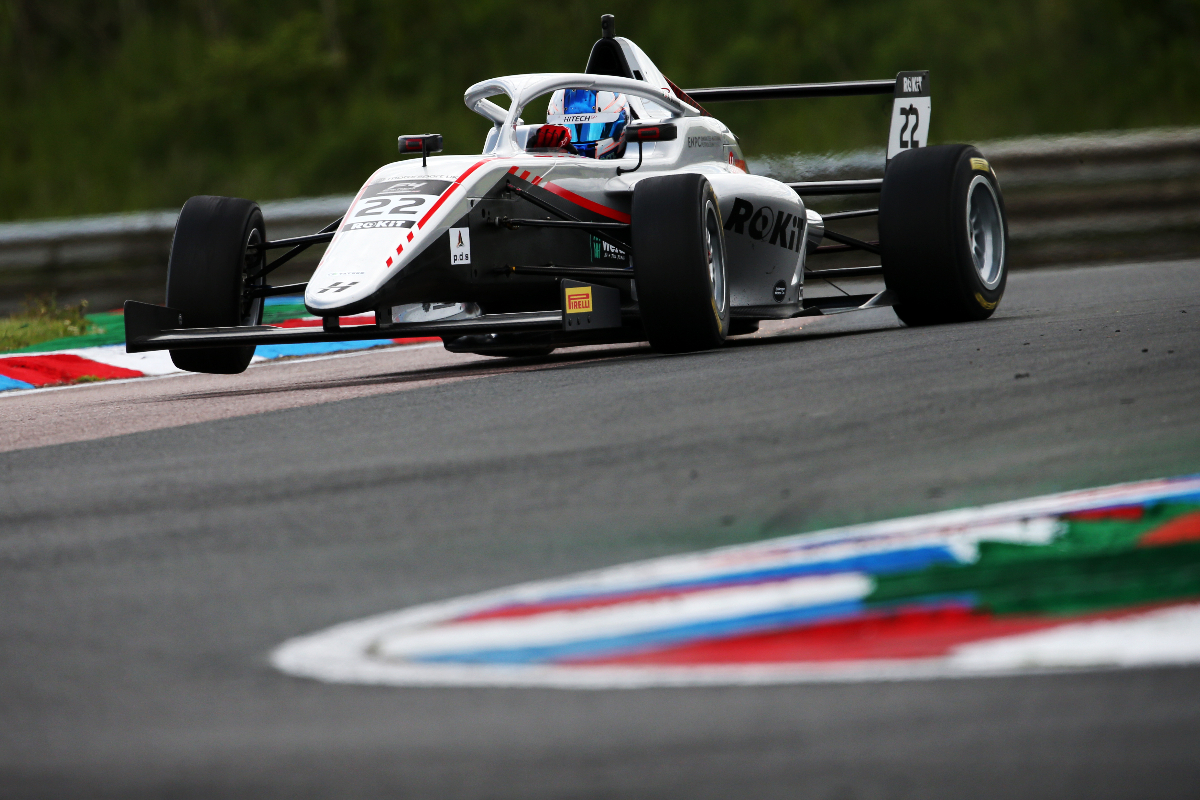 Hitech GP’s Alex Dunne dominated the final British Formula 4 race of the weekend at Thruxton, despite lap one contact.

Dunne made a slow start from pole and Carlin’s Ugo Ugochukwu looked to the left and the right from third on the grid as he tries to avoid but also pass him. Instead he rear-ended the leader, allowing his own team-mate Ollie Gray to go for the lead.

But there was more drama as Gray and Hitech’s Eduardo Coseteng made contact, and Dunne stayed ahead. Coseteng lost his front wing, Gray went way wide and on a trip through the grass later around lap one, and Dunne ended up finishing the lap with a lead of almost two seconds over Ugochukwu and with a further two seconds back to Louis Sharp.

The race was then pretty simple for that top three, with Dunne pulling away to finish six-and-a-half seconds clear after 17 laps, and Uguochukwu holding a similar gap to team-mate Sharp.

Aiden Neate got into fourth on lap one ahead of JHR Developments duo Joseph Loake and Georgi Dimitrov, and had a quiet run to fourth while the two behind slid down the order.

Daniel Guinchard passed them in successive laps to take fifth, then Dimitrov sank further while Loake held on for a long time ahead of Virtuosi Racing’s Michael Shin and Edward Pearson. The trio fought lap after lap, with the Virtuosi drivers swapping positions as they went for attacks on Loake, and eventually a pass was made on the JHR driver on the penultimate lap.

However contact was then made and Loake lost his front wing, dropping him down the order and into retirement. Shin then joined him in not seeing the finish as he sustained a puncture while Pearson took the sixth place.

Coseteng was able to pit on lap one and stay on the lead lap to finish 12th, while Gray was a lap down before he retired towards the end.