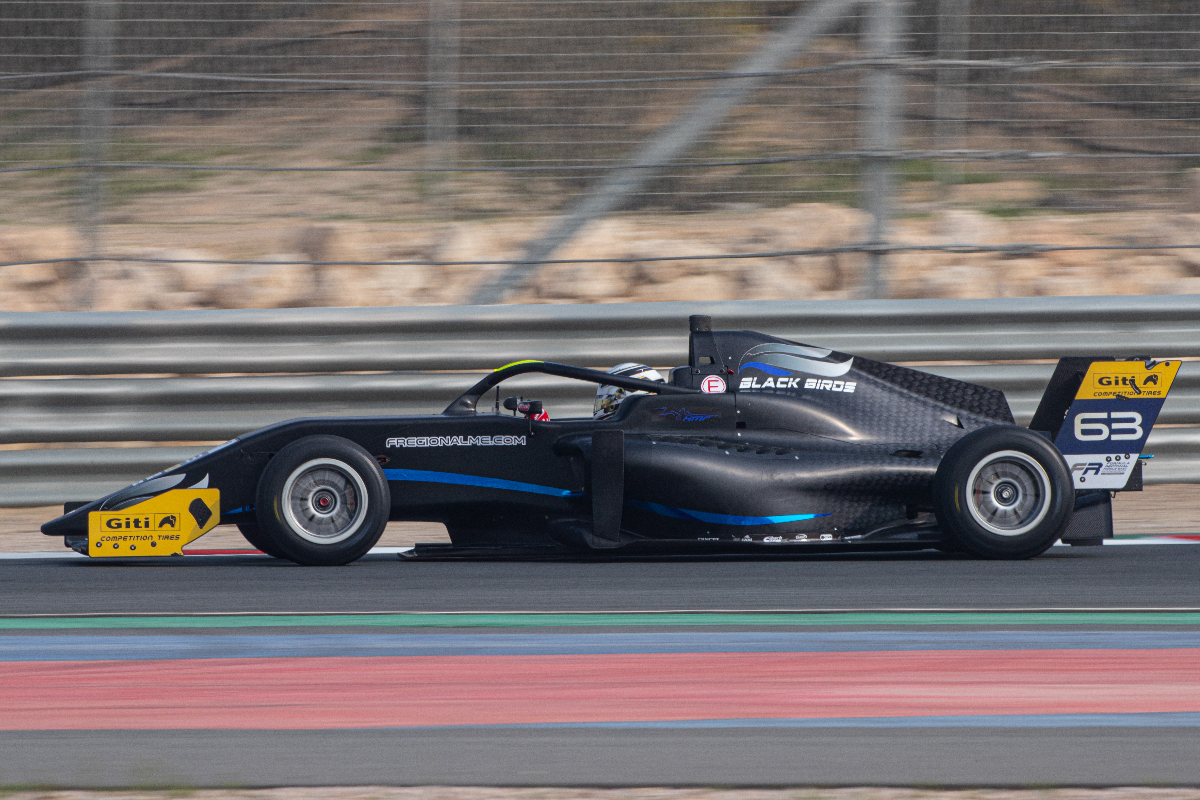 The Paraguayan was announced yesterday as joining the Hyderabad Blackbirds powered by MP team for the two rounds in Kuwait that take place over the next six days, replacing Sebastian Ogaard who contested the season opener.

No representative laptimes were set in FRME’s first test session on Wednesday, as rain started falling on the desert track. Even when the rain stopped, the track remained damp and only at the very end did a more reasonable laptime get set as Mumbai Falcons’ Andrea Kimi Antonelli set a 1m52.821s. It put him 0.480 seconds and 2.337s respectively ahead of Hitech GP pair Gabriele Mini and Sebastian Montoya, who were second and third fastest.

The track was dry for session two, and Antonelli was again fastest. This time he set the pace by 0.421 seconds over Montoya, with Duerksen a further hundredth of a second slower.

GB3 champion Browning will be racing for Hitech in the two Kuwait rounds, replacing Jak Crawford who has withdrawn from his three-round programme after the season opener. Neither the team or driver has said why.

It did not take long for the session two pace to be matched in session three, with Duerksen leading the way early on.

Antonelli went top before the briefest of red flag stoppages, then Duerksen brought the pace down by over a second-and-a-half into the 1m47s.

Nobody could get near his 1m47.476s effort, although Meguetounif joined him in lapping sub-1m48s and Antonelli and Pinnacle VAR’s Marti both got within a second of him.

The only three drivers not to improve their pace were Montoya, Brad Benavides and title contender Dino Beganovic, who was only 20th out of the 28 drivers.