Home Featured Drugovich: Staying in F2 for 2022 “is for sure” best decision of my career
Formula 2News 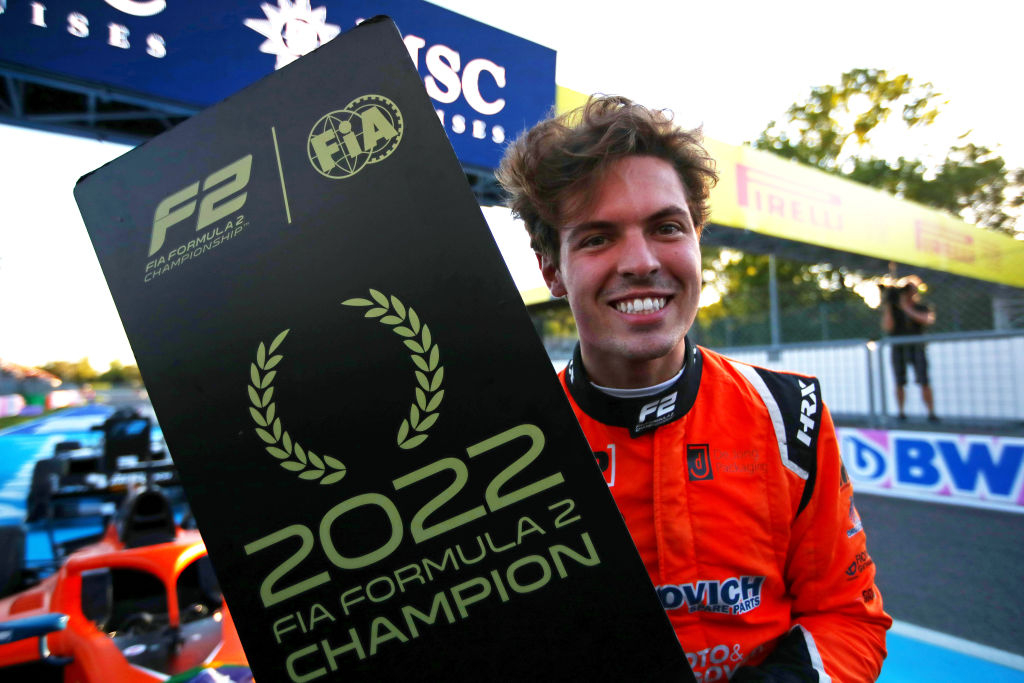 Felipe Drugovich did not plan to race in Formula 2 this year, seeing little benefit of a third season, but as champion now credits staying as his best decision.

The 22-year-old’s reputation oscillated before 2022, with MRF Challenge and Euroformula domination in 2018 followed by a painful FIA Formula 3 Championship campaign, then a bold move to step up to F2 in 2020 with MP Motorsport which resulted in three wins and a pole position.

However momentum departed last year as Drugovich moved to Virtuosi Racing and came eighth in the standings. Unless he could embark on a dominant 2022 campaign, he saw limited value in paying for a season that would not reset Formula 1’s appraisals of him given he would be a third-year driver.

“It is, it is for sure,” Drugovich replied when asked after becoming champion with MP at Monza last Saturday if persisting in F2, against his initial feelings, was the best ever decision in his career.

“I have no idea what I was going to do without F2 this year. Even though it [continuing] wasn’t the plan. For sure this title will open up a lot of opportunities for me, and hopefully one day I can be in F1 as well.”

It was a busy day for Drugovich, despite lasting only one lap in the F2 sprint race following a clash, as he signed with Aston Martin to become its first F1 junior and one of its reserve and test drivers.

With that deal not announced for a further two days, Drugovich treated getting a reserve role as hypothetical when asked if he would follow 2019 F2 champion Nyck de Vries in finding a race programme to accompany F1 reserve status.

That race programme will not be IndyCar, as Drugovich picked Aston Martin over his United States options, and cannot be F2 either as regulations bar the reigning champion from competing.

“In my opinion either you’re champion and you cannot stay anymore, and you have to be promoted to F1. Or you can stay [and there’s no guarantee of an F1 seat],” he said.

Although Drugovich feared staying in F2 for 2022 would dampen his F1 prospects, he now considers himself a more F1-ready driver.

“Last year I wasn’t completely ready, especially mentally, I think I struggled a little bit in the though moments. I only wanted to win all the time and lost a lot of points because of that. And I think that really helped me to be ready now, and I feel like a totally different driver and just a lot, lot better.”