Home Featured Drugovich: I have “all the confidence I want” from Jeddah F2 feature win
Formula 2News 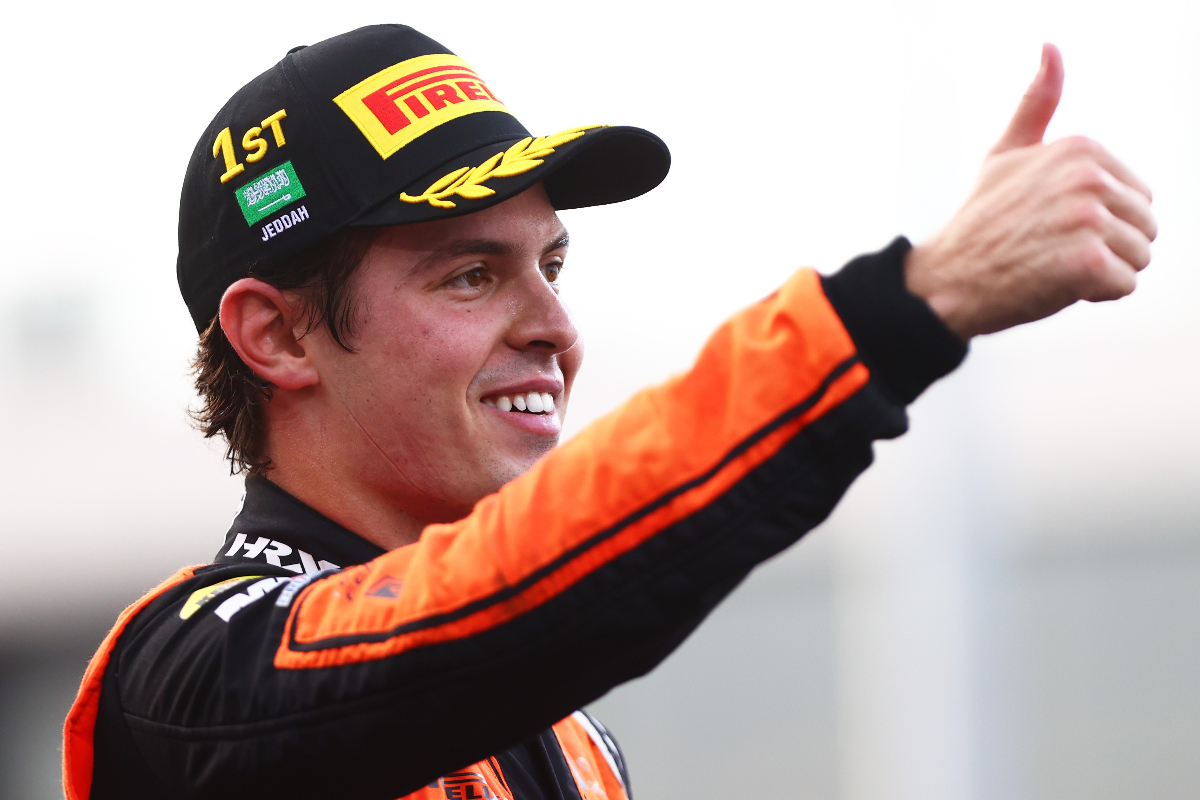 Felipe Drugovich has hailed what he says is a “perfect weekend” in Formula 2’s Jeddah round after winning the feature race from pole and moving into the points lead.

The MP Motorsport driver defeated Trident’s Richard Verschoor in a straight fight in a surprisingly clean race to claim his first win since the 2020 Bahrain feature race.

He won by 2.3 seconds, but the top two had a commanding advantage over the rest of the field. Drugovich explained in the post-race press conference his elation at the result which has given him “all the confidence that I want”.

“It was not only a perfect race but also a perfect weekend for me,” he said. “P1 in free practice and quali, podium in race one, and then winning again now.

“So really pleased with my performance, and also with the team. They did an amazing job, the car was awesome every session.

“It’s difficult to repeat weekends like this, but we’ll try to do it in every weekend this year and I’m really happy, and this gives a lot of confidence for me and the team.

He added on his feature race win: “In the procedural ways it was quite smooth in that I had no problems with the car, but Richard was pushing me quite a lot in the first stint and also towards the end of the last stint as well.

“This track is quite tiring, so we were pushing a lot and at the end we managed to come out on top. But it was never so easy, let’s say.”

Drugovich and Verschoor pushed each other during their second stint on the medium compound tyre, and Formula Scout asked whether there was additional speed in reserve.

“It was quite hard physically,” he explained. “I was more saving me than actually the tyres, but of course if you need to push you go all in, and if you risk a little bit more on this track you gain a lot of time. I wasn’t risking all of it, but I wasn’t completely just cruising.”

Verschoor felt there was a chance to get Drugovich during the pitstop phase, to which the winner gave his thoughts on if it would have been possible to reclaim the lead had he been passed.

“There was a little bit left in it but I’m sure Richard had the same, and if he had got past me in the first stint I think we still had the pace to come back and at least try it. You never know what’s going to happen, but I think the pace, we were pretty much the fastest car out there so I’m really happy.”