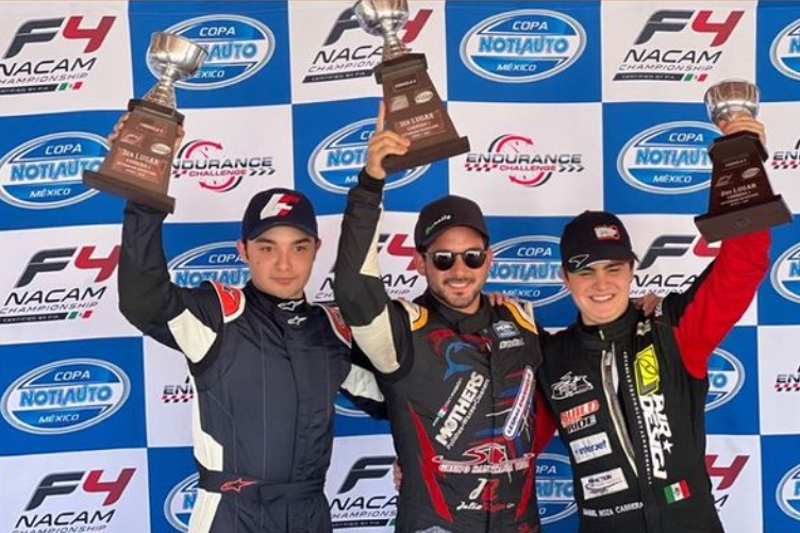 NACAM Formula 4 held its first points-scoring event since 2020 at Queretaro this weekend, with names from stock cars leading the way.

The series held 11 races over four rounds last year in the United States and Mexico, but all were non-championship. It has a six-round schedule for 2022, with all events taking place in Mexico.

It was teenager Manuel Roza who set the pace in qualifying at Queretaro, with the front row for race one filled by Julio Rejon, who finished in the top 10 of Mexico’s second NASCAR tier last year.

Rejon got get the btter of Roza in Saturday’s F4 race, winning by 2.257s. There were nine cars that took part, with Eduardo Alquicira a non-starter and such a small grid size putting the series’ FIA superlicence eligiblity at immediate risk once again.

Juan Pedroza was the winner in race two, leading Roza through the first segment of the race before he retired and leaving Rejon as his closest rival. He kept within touching distance for most of the race, only dropping back in the final few laps and losing his second place to Rodrigo Rejon. Only six drivers ended up finishing, with Alquicira retiring fom the top six towards the end.

Roza came to the fore again in race three, building a big lead that grew to over 10s over Julio Rejon. There was battling for sixth place, but otherwise little action of note.

There was Formula Ford support races over the weekend with a grid that included Memo Rojas and Benito Guerra, father of Production World Rally champion Benito Guerra Jr.