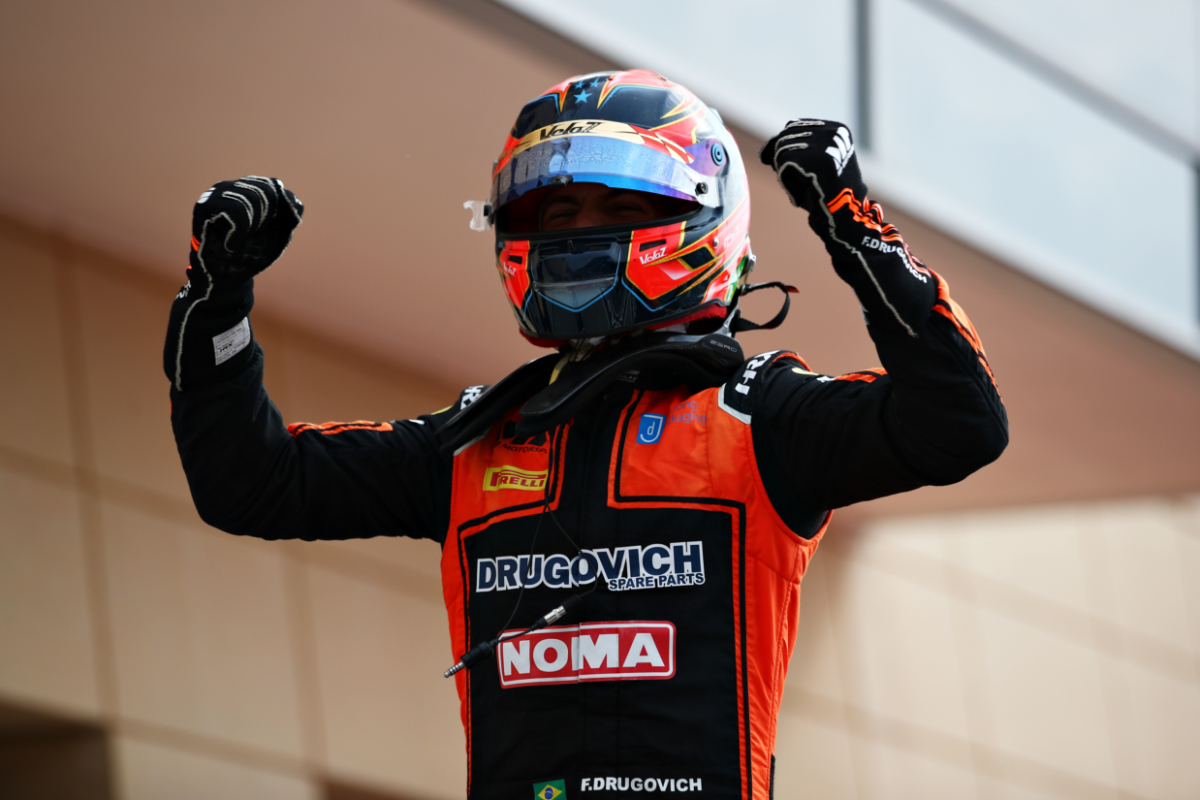 Felipe Drugovich was surprised by the pace he used for his dominant first Formula 2 feature race win at Bahrain, after being “completely lost” in the previous round in Sochi.

Coming to Bahrain, MP Motorsport rookie Drugovich had two wins from reversed grid sprint races under his belt, achieved at the Red Bull Ring and Barcelona, but only a best finish of fourth in the longer feature races.

He struggled last time out in Sochi, qualifying 16th and then taking a retirement and a 20th place from the two races. Drugovich bounced back to qualify second in Bahrain, then passed poleman Callum Ilott twice before pulling away to win.

“To be fair I didn’t expect a pace like this,” the 20-year-old admitted after victory.

“I knew we had a chance on the podium, but not this way. Everything came from taking the lead [from Ilott] at the first corner, and then after that, you can kind of manage the whole tyre a lot better than the others because you can set the pace.

“Then after the pitstop I had a little heart stop for a minute because I had two lock-ups and I lost the lead, but the tyres were too cold so it was not a big deal. And then after that I had the tyres a little bit newer than Callum had, then the pace was just better than him and passed him.

“A little bit [surprised] after Sochi, we didn’t have a good pace there, we were completely lost to be fair. And to come here, have second in qualifying and then have a race like this; I’d say it’s quite surprising, but so, so happy with it. I just thank the team because once again we bounced back.”

He explained this further in the post-race press conference, where he referenced the struggles he faced two months ago in Russia.

“After a round like Sochi, we didn’t expect anything for this weekend. Coming into here P2 in quali, then a race like this, it’s just unbelievable for me. And also, three wins in this championship for a rookie season, I think is really quite good. Hence, I’m really happy with it.

“Every time we went into a feature race, and there was something – many times there was a pitstop and it didn’t go well, and also tyre management maybe I didn’t do a perfect job. Also, the starts were not there, and I think this time we got everything right and that helps me a lot. Good confidence [boost]. I think it’s just now just carrying on to the next one to try to do the same or even better, and it should be fine.”