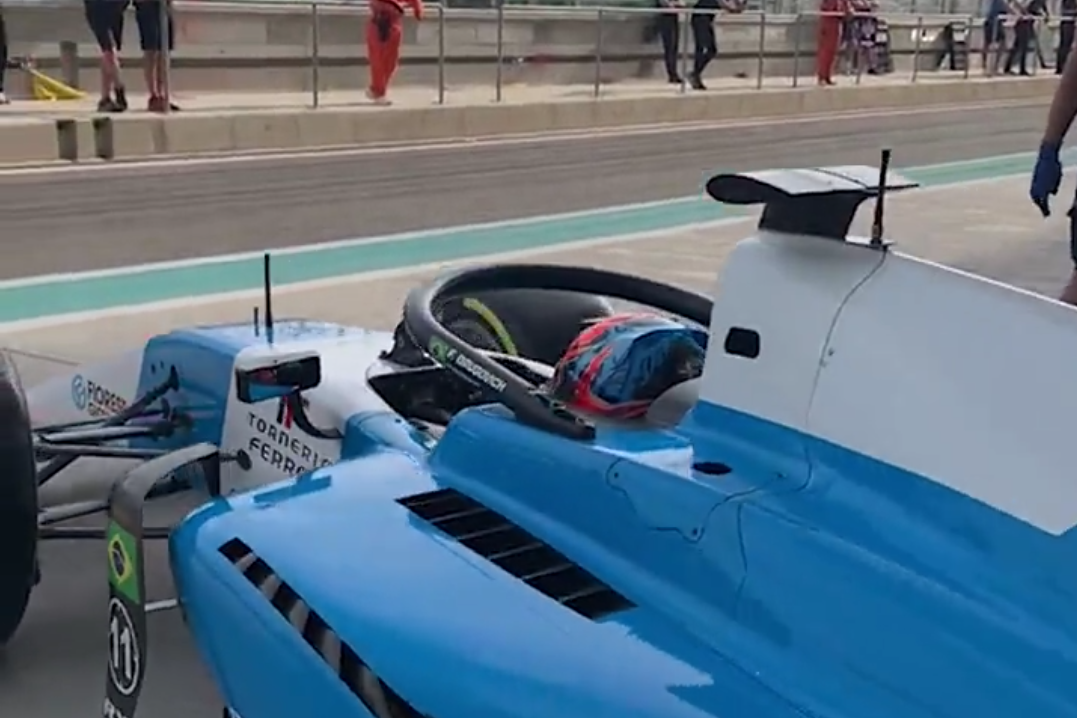 Many of the fastest laps were set in the first half-hour of the three-hour Thursday morning session at Yas Marina Circuit, with Red Bull junior Liam Lawson laying down an early benchmark for Carlin before MP’s drivers came to the fore.

Clement Novalak was briefly on top, before his team-mate Drugovich improved the pace significantly to put himself into a first place he would not relinquish.

The first of the session stoppages occurred around this point with one driver stuck on track, and there were three more instances of that occurring. There were red flags being waved beyond that though, and with just over an hour to go a collision at turn five between two cars – believed to have been Hitech GP’s Juri Vips and Prema’s FIA Formula 3 champion Dennis Hauger who returned to the pits via a tow truck and a flatbed respectively afterwards – caused a lengthy stoppage.

Once testing restarted, Jehan Daruvala made two improvements in the second of Prema’s cars to close the gap to Drugovich from close to a quarter of a second to under half a tenth.

Similarly, new Virtuosi Racing signing Jack Doohan made gains to move up to third place and then later on went even faster to ensure he was within half a second of the pace.

Ayumu Iwasa in 12th was fastest of the F2 debutants, 1.441s slower than Drugovich, and Juan Manuel Correa was 1.895s back in his first running in an F2 car since his horrific 2019 crash.