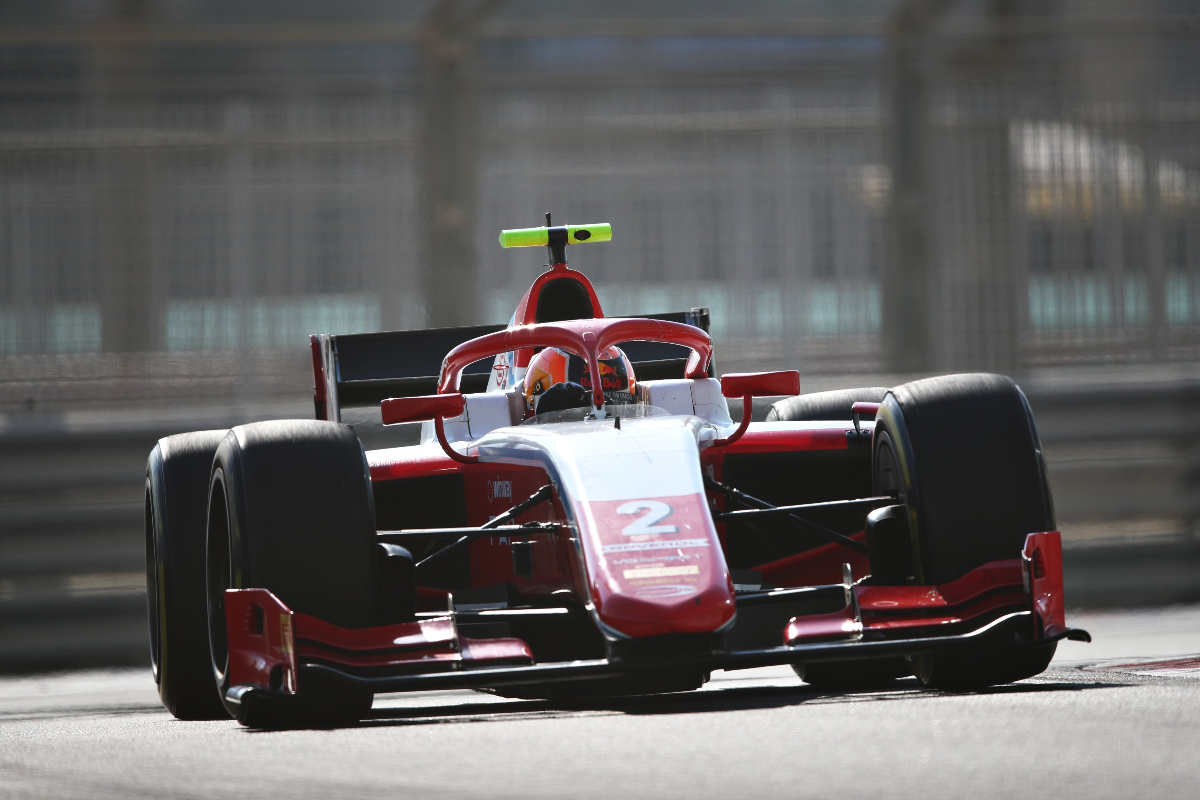 Jehan Daruvala was quickest for Prema to end the first day of Formula 2 post-season testing at Yas Marina Circuit.

There were fewer interruptions than in the morning, although the first hour was interrupted by new team Van Amersfoort Racing having one of its cars stop on track while Amaury Cordeel was at the wheel.

At that point Guilherme Samaia was at the top of the times with a 1m38.766s lap, putting him ahead of Ralph Boschung, who is already signed with Campos Racing for 2022, and Darvuala who is linked to racing for Prema next year.

Daruvala went fastest at the end of the first hour but just a minute later was bettered by ART Grand Prix’s FIA Formula 3 Championship graduate Frederik Vesti, who set a 1m38.264s.

That kept him ahead for half an hour until MP Motorsport returnee Felipe Drugovich, who went quickest in the morning, knocked 1.4 seconds off the benchmark pace and set a 1m36.526s lap.

There was no response to that laptime, although Super Formula Lights champion Teppei Natori did move up to second place before the end of the second hour in one of Trident’s cars.

ART GP’s Theo Pourchaire took over at the top during the third hour with a 1m36.250s, with his new benchmark also standing for a while before Daruvala moved ahead and came just short of breaking into the 1m35s.

Pourchaire moved up into second place, and Daruvala was down in third until the final minutes when he went back out on track and snatched back first place.

Virtuosi Racing’s Jack Doohan moved up to third late on, with Pourchaire and Boschung the only other drivers within a second of Daruvala’s pace.

Calan Williams, in sixth, was the top F2 debutant while his Trident team-mate Natori sank down to 15th despite improving on his penultimate lap, anf ended up 2.225s back.