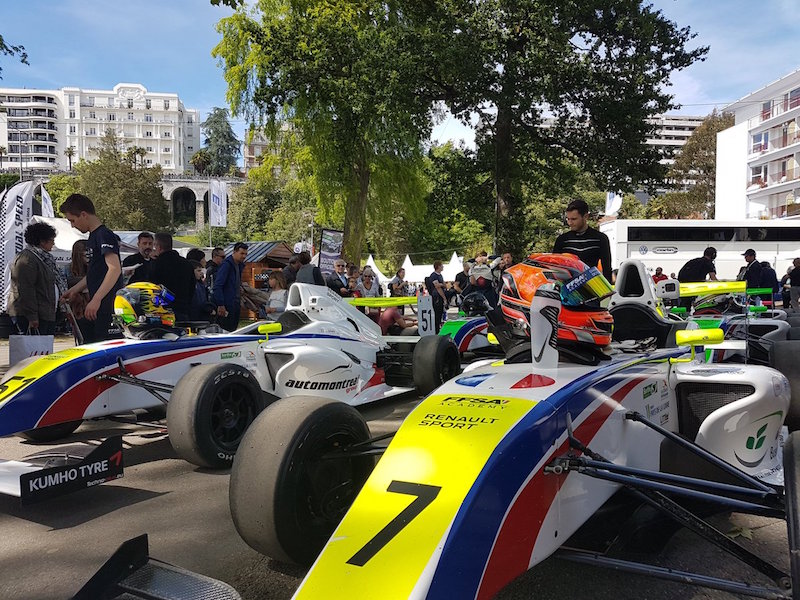 Thomas Drouet won the reversed-grid race two of the French Formula 4?weekend on the streets of Pau after early leader?Aldo Festante was penalised for jumping the start.

From second on the grid, Festante made a good gap over pole-sitter Drouet despite heaps of wheelspin, but before he had even crossed the line again at the end of the first lap, the Italian had been handed a drive-through penalty for a jump start.

He had to wait to serve this after the safety car was brought out by a first-lap off into the barriers at Descente Poeymirau for Amaury Cordeel.

The race restarted with 12 of the 20 minutes left, and after Festante served his penalty, Drouet was able to build a gap up front, winning by 1.8 seconds.

Javier Gonzalez had a good look up the inside of Jean-Baptiste Mela at Gare with a minute remaining, but had to settle for third place.

Christian Munoz followed ahead of Casper Roes, Stuart White and race one winner Arthur Rougier, who managed to get ahead of points leader Victor Martins to close his deficit once more.

Festante came home last of the 15 finishers, but did use clear air to post the fastest lap on the final tour.