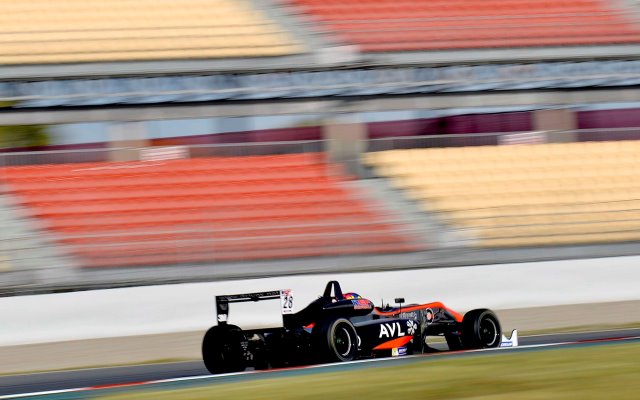 The Drivex team has announced it will enter the new Spanish Formula 4 series and has named Arturo Melgar as its first driver.

Drivex was co-founded by ex-Formula 1 driver Pedro de la Rosa and Spanish GT champion Miguel Angel de Castro, who was in fact appointed as sporting director for Spanish F4 when it was initially launched ahead of 2015.

However, Drivex and Angel de Castro ended their collaboration with the project – which was being run out of the Navarra circuit – prior to its abandonment in February 2015.

The concept of Spanish F4 has since been revived by Koiranen, and has been opened up to teams, of which Drivex is the first to announce its participation.

Drivex has a history in Euroformula Open, taking Celso Miguez to the runner-up position in 2009 and Richard Gonda to the Copa class crown in 2013. After almost two years out of the series, the team returned to give Ferdinand Habsburg his debut in the final round of 2015.

The team plans to run up to four cars in Spanish F4, with the first going to Melgar, who was second in the CIK-FIA Academy Trophy in 2013 and competed in a Porsche GT car with Drivex last year.

“To be honest, Formula 4 is an essential rung on the ladder and now Drivex increases its motorsport offer. We have closely worked with young drivers at the wheel of our Formula 3 cars and our simulator but now we add a basic category for young guns.

“It’s a pleasure to confirm Arturo Melgar will join us in the Formula 4 Spain. Arturo and Drivex have worked together for a long time and now he moves a step forward. We are in talks with other drivers who could join our lineup. I hope to announce some novelties shortly.”