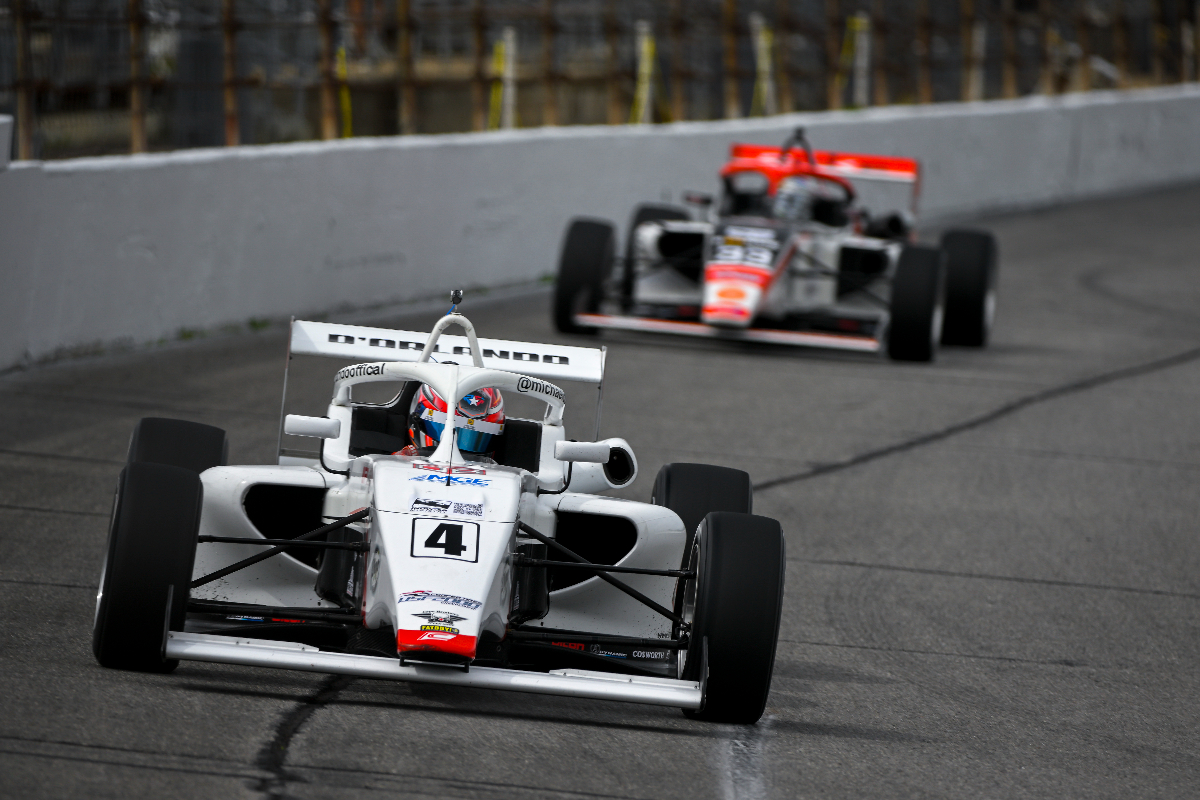 Michael d’Orlando became a two-time winner of the Freedom 75, USF2000’s sole oval race, in a commanding display on Sunday evening.

The Cape Motorsports driver started on pole and immediately gapped himself from DEForce Racing’s Bijoy Garg who had the rest of the 17-car field lined up behind him.

After two laps Garg had been able to gap himself from Pabst Racing’s Myles Rowe in third, but by then d’Orlando was already comfortably ahead.

Although Garg did close in, particularly when d’Orlando started lapping drivers halfway through the race, he was never near enough to think about passing the leader, who also won the Freedom 75 in 2021.

The battle for fourth between Pabst’s Jace Denmark, Cape’s Jagger Jones and DEForce’s Thomas Nepveu started early on, with lots of side-by-side action but few changes in position.

Exclusive Autosport’s Billy Frazer involved himself in the first few laps then dropped back into battle with Spike Kohlbecker and Simon Sikes and ended up finishing seventh – despite a big moment that could have ended up in a crash in the second half of the race – at the head of a train of cars that also included Dylan Christie and free practice pacesetter Christian Weir.

Late in the race Frazer sat behind Sikes and Kohlbecker, but with some brave moves on the high line managed to pass both before the chequered flag, with his move on Sikes coming on the run to the finish.

Turn 3 Motorsport driver Weir had set the pace by 0.09 seconds over Jones in the heavily delayed session, due to rain making the track unsuitable to run on, and the schedule impact from that meant the race ended up finishing at dusk.

Nicky Hays was the onle retiree, the Cape driver pulling into the pits with an issue after 31 of the 75 laps.