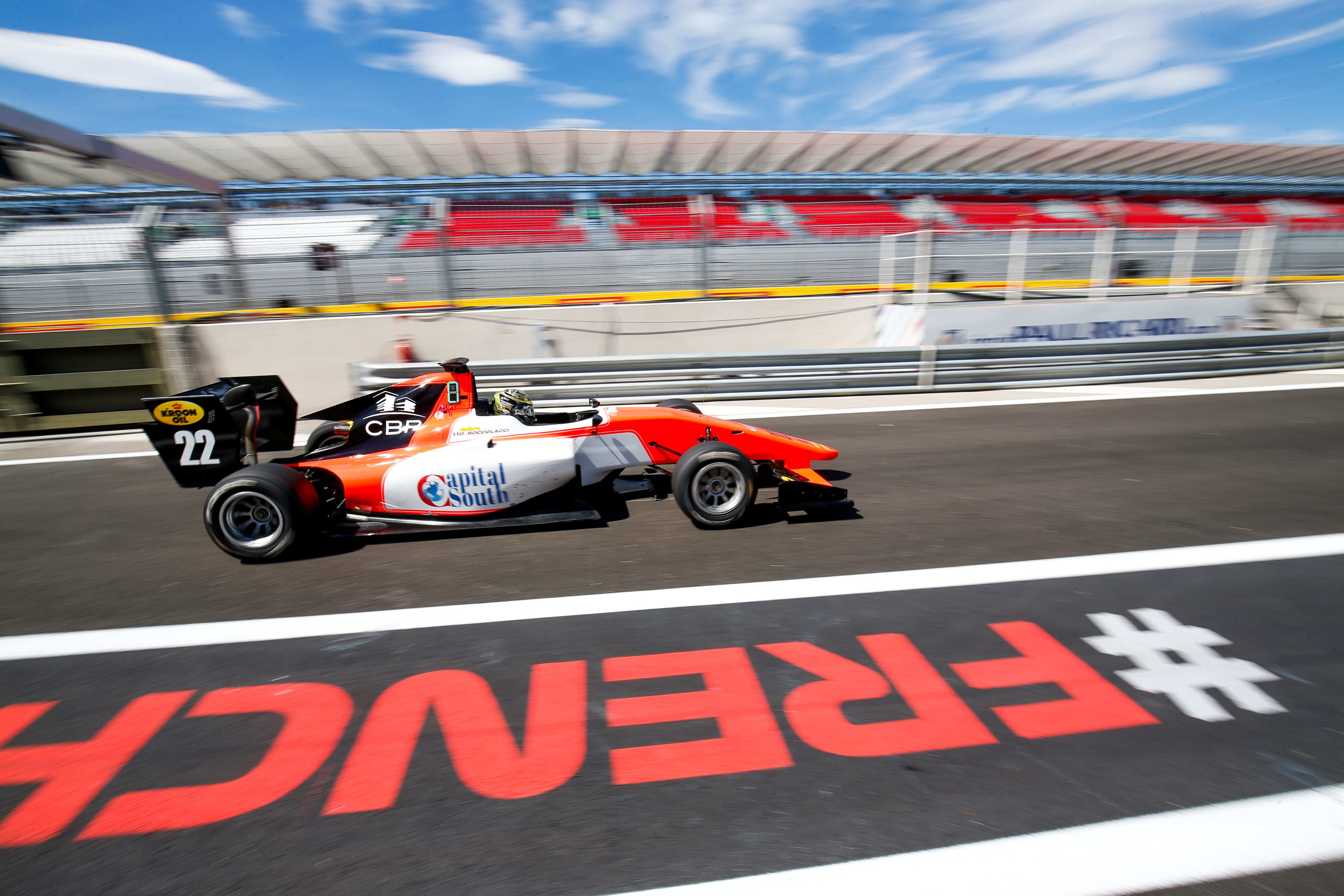 Boccolacci was one of several drivers to top the times early on, as he posted a session best in sector two and three to grab provisional pole at the mid-way point of qualifying.

However, he had slipped to sixth in the order before his final lap of the session. With provisional polesitter Hubert failing to improve on his final lap, Boccolacci vaulted to pole?and edged the leading ART by 0.082s.

His maiden pole denied a first in GP3 for the Renault-affiliated Hubert, who had held top spot during the final 10 minutes of the session following a significant 0.7s improvement.

Trident’s Guiliano Alesi narrowly missed out on beating Hubert to the front-row. He ended up third, finishing 0.011s adrift of second place. Alesi lost significant time in the final sector after running wide over the kerb at Turn 12 and nearly making contact with Jake Hughes at the tight Turn 15.

Nikita Mazepin had been as low as 16th after the first runs of the session. The Barcelona race winner climbed to second in the closing stages?but, like team-mate Hubert, failed to improve on his final lap and ended up fourth.

Barcelona polesitter Leonardo Pulcini qualified in fifth, 0.020s clear of Niko Kari in sixth place. Kari improved from 19th to sixth with his penultimate lap before cementing the position?on his final hot lap.

Ferrari academy driver Callum Illot ran as high as second on the timesheet but slipped to seventh, ahead of Trident team-mates Alessio Lorandi and Pedro Piquet in eighth and ninth.

Arden International’s Joey Mawson was third after the opening runs in the session, but ended up in 10th by the chequered flag.

On his GP3 debut, Formula Renault Eurocup race winner Christian Lundgaard ended the session in an impressive 11th, beating ART’s Jake Hughes who qualified outside the top 10 for the second consecutive race in 12th.