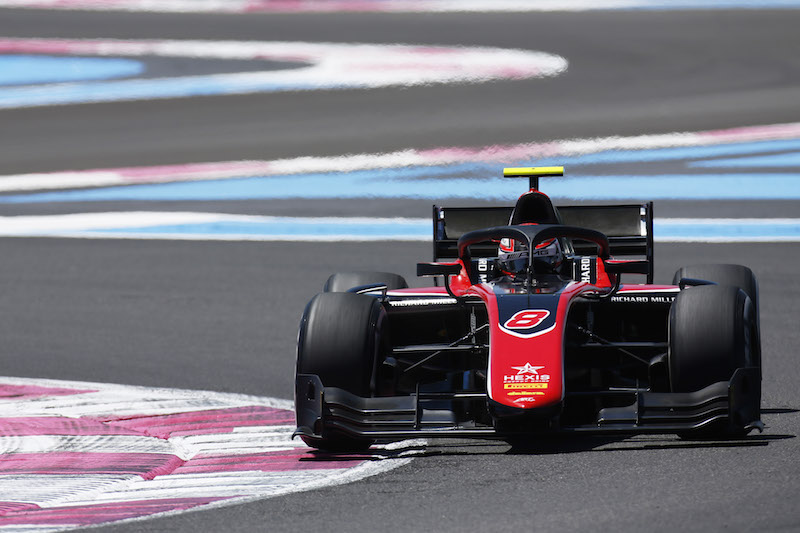 George Russell claimed his first pole position in Formula 2 at Paul Ricard as the ART Grand Prix driver kept a step ahead of the field.

Russell – who is currently fourth in the drivers’ championship – stayed at the top of the timesheets during the majority of the qualifying session thanks to multiple fast laps.

The 1m44.775s lap he set during the first half of the session was the only time set under 105 seconds until the final seven minutes of the session, with his rivals improving behind him.

Russell was able to improve by over three-tenths of a second with three minutes to go to claim his first pole position of the 2018?season.

DAMS’ Alex Albon was able to improve his lap to be less than two tenths shy of Russell’s time during the final moments of the session. He will start on the front row of the grid.

The second row was locked out by Carlin duo Lando Norris and Sergio Sette Camara. Norris, who was fastest in practice, struggled in the opening period of qualifying to get near the top five.

But the current championship leader was able to pick up the pace during his second period on track to grab third place.

Sette Camara was over three-tenths slower than his team-mate, but was able to take fourth place on the grid for the feature race ahead of Campos Racing’s Luca Ghiotto and ART’s Jack Aitken in fifth and sixth respectively.

Artem Markelov ran into issues with his Russian Time car during practice and had to watch the majority of the session from the side of the track, but was able to qualify seventh.

Prema’s Nyck De Vries will start the feature race in eighth position, although an issue on his final lap took away the chance to improve his time.

Louis Deletraz qualified in ninth for Charouz Racing System, while the top 10 was rounded off by Albon’s DAMS team-mate Nicholas Latifi.