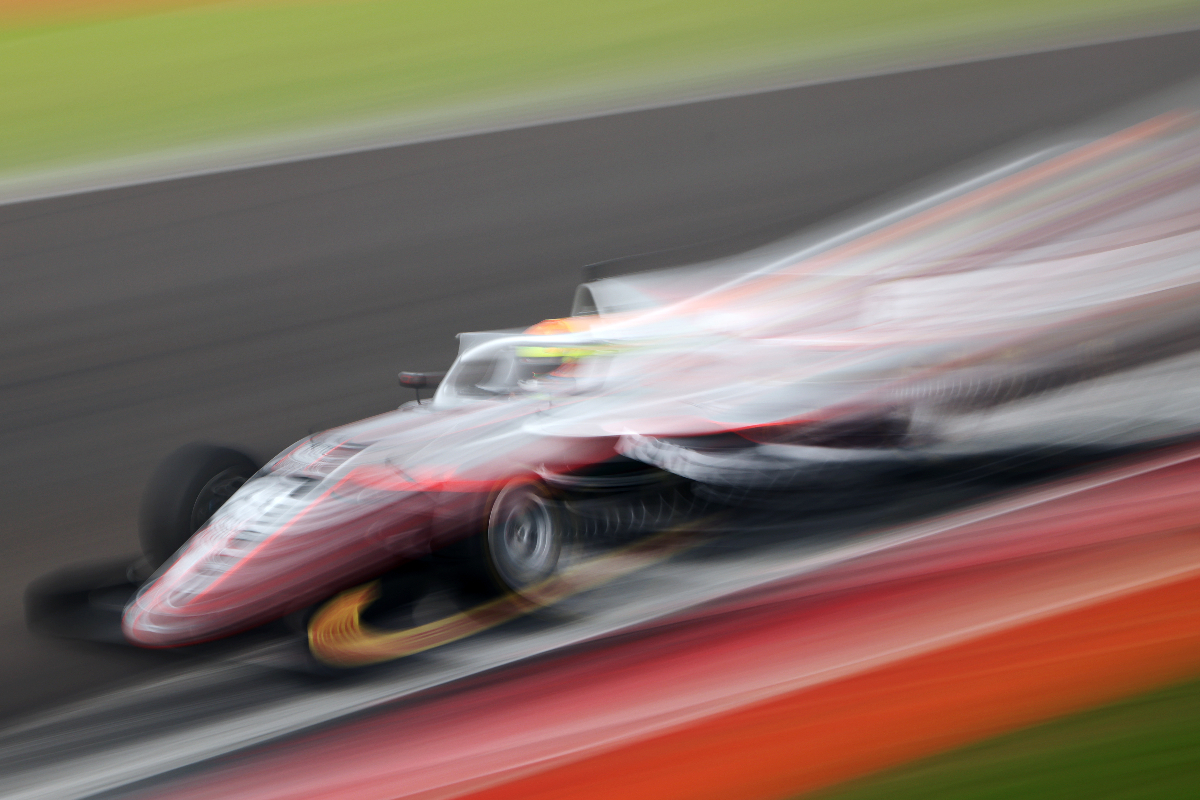 Georgi Dimitrov held off a late challenge from Ugo Ugochukwu to claim his second British Formula 4 win of the season on Silverstone’s National layout.

Ugochukwu spent most of the race around a second behind Dimitrov but closed in to just 0.343s by the chequered flag.

Dimitrov took the lead off the line as pole-sitter Oliver Stewart was caught up in an opening lap incident and forced to pit. He quickly extended a second gap to Eduardo Cosetng in second and was unchallenged through the race’s first half.

Coseteng was joined by Daniel Guinchard and the pair made contact. Coseteng dropped down the order while Guinchard came into the pits. The incident promoted Ugochukwu to second place.

The McLaren junior was beginning to close the gap to Dimitrov when the safety car was brought out as Virtuosi Racing’s Michael Shin and Edward Pearson came together while battling outside the top 10. Their wheels interlocked and they were sent into the barriers. James Higgins, who was just behind them on track, was also caught out in the incident and made a trip to the pits.

The safety car retreated with four minutes on the clock and Ugochukwu didn’t challenge Dimitrov on the restart but did keep the pressure on the JHR Developments driver. Dimitrov didn’t put a wheel wrong though to win.

Louis Sharp – who was promoted to victory in race one after a penalty for Ollie Gray – came home third. He had challenged Ugochukwu early on but couldn’t stick with the leaders after the safety car and finished a second back.

Aiden Neate took fourth from Joseph Loake on the final lap ahead of a close battle for sixth.

Alex Dunne and Gray spent the race battling with one another as they worked their way through the field. Gray found a way past Dunne early on and led the way forward. Dunne came back at Gray late on, though. A wide moment for Gray briefly allowed Dunne to come throguh and take the position, only for Gray to get back ahead. Marcos Flack joined the fight on track, but wouldn’t find his way past either driver.

Dunne managed to snatch the position from Gray in the final laps to finish sixth. Flack finished ahead of Gray on track, but a time penalty for exceeding track limits dropped him out of the top 10.

A recovering Coseteng took eighth, ahead of championship newcomers Jaden Pariat and Isaac Barashi who completed the top 10.