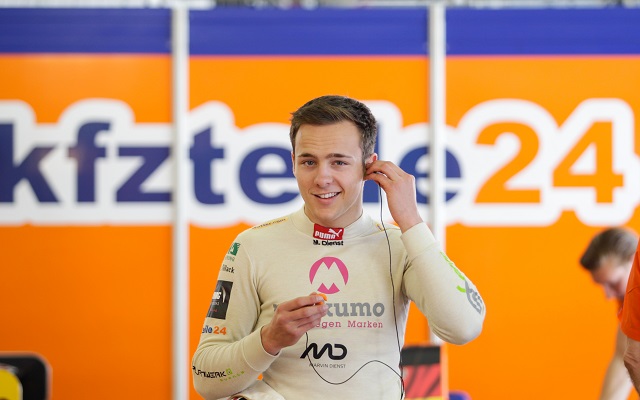 Marvin Dienst survived tricky conditions to take his third win of the season in ADAC Formel Masters’ race two at the Nurburgring this afternoon.

Poleman Mikkel Jensen got the best start but the race was almost immediately neutralised by the safety car after Dennis Marschall spun at turn 3 and was collected by David Kolkmann, leading to retirement for both of them.

Following the clean-up, the race resumed with Jensen at the front. However, he would immediately miss his braking point at turn 1 and run wide into the gravel, which sent the Dane tumbling down the standings.

This allowed Dienst to inherit the lead with?Maximilian Gunther and?Ralph Boschung right behind.

The trio ran nose to tail for a few laps, with Boschung eventually forcing a mistake out of Gunther at turn 3 to take second place.

With the two contenders behind him fighting for second, Dienst was never in real trouble and went on to take the win from Boschung in second. Gunther came home third just ahead of?Joel Eriksson.

Tim Zimmermann was fifth, with?Fabian Schiller sixth ahead of the recovering Jensen in seventh.