Dexter Patterson entered in both British F3 and FREC this weekend 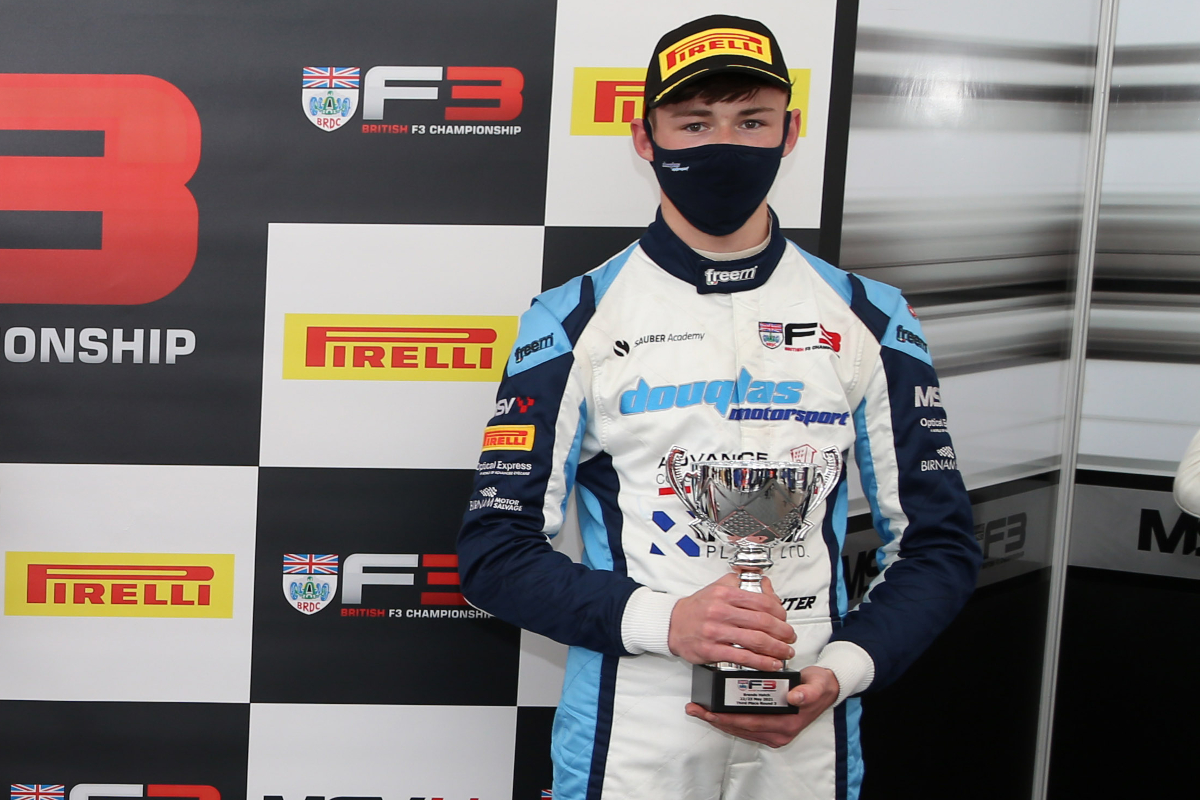 Dexter Patterson has been entered in both BRDC British Formula 3 and Formula Regional European Championship this weekend at Spa-Francorchamps, but will only race in the latter.

The Scot has signed with Monolite Racing to make his FREC debut, and takes the place of Jasin Ferati who split with the team during the most recent round at Zandvoort.

Patterson is currently in his rookie British F3 season with Douglas Motorsport, and the series is racing at Spa on the same days as FREC.

He has picked up one podium in the first three rounds of the British F3 season, and was excluded entirely from round two at Silverstone due to a post-race confrontation he had in the paddock.

The 17-year-old moved into single-seaters last year as a junior driver of Sauber, the operating company behind the Alfa Romeo Racing Formula 1 team, and finished 12th in Formula 4 United Arab Emirates and then 22nd in Italian F4.

He also drove for Sauber during in is karting career, where he was WSK Super Master Series champion in OK karts and CIK-FIA World Karting champion in OK-Junior before that.

Monolite will also be running Pietro Delli Guanti, who is signed to the end of the season, and will be looking again for a driver to fill its second car when FREC heads to the Nurburgring on August 7/8.

In British F3, it has been confirmed that Arden will downscale to running a single car for Roman Bilinski, while Fortec Motorsports is expanding to three cars and will announce its new signing later this week.

Ollie Bearman occupied that third car earlier this year, but he is not free as he will be racing in Italian Formula 4 at Imola.