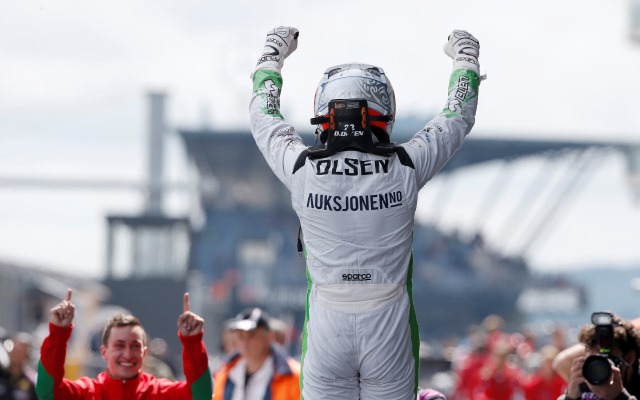 Dennis Olsen is emerging as the closest title rival to Nyck de Vries after the Norwegian claimed his second win of the Eurocup season at the Nurburgring.

The Prema Powerteam man started from pole position and had to cope with the distraction of two safety car periods due to accidents involving Levin Amweg, Bruno Bonifacio and Callan O?Keefe and secondly Kevin Joerg and Ryan Tveter.

Olsen remained composed and delivered the result with a six second gap ahead of Charles Leclerc of Fortec Motorsport. Ignazio D?Agosto made it on to the podium for the first time this season finishing in third, as the championship leader de Vries had to settle for fourth place.

Nick Cassidy again could not capitalise on his strong qualifying performance as he, like yesterday, slipped down the field to fifth but still completed a double points finish. A similar feat was achieved by Jack Aitken of Fortec ,who added a sixth place finish to his maiden series podium from race one.

Guest starter Louis Deletraz was seventh and Martin Rump scored his first points of the season in eighth while Egor Orudzhev finished ninth. Andrea Pizzitola rounded out the top ten in his Manor MP car.