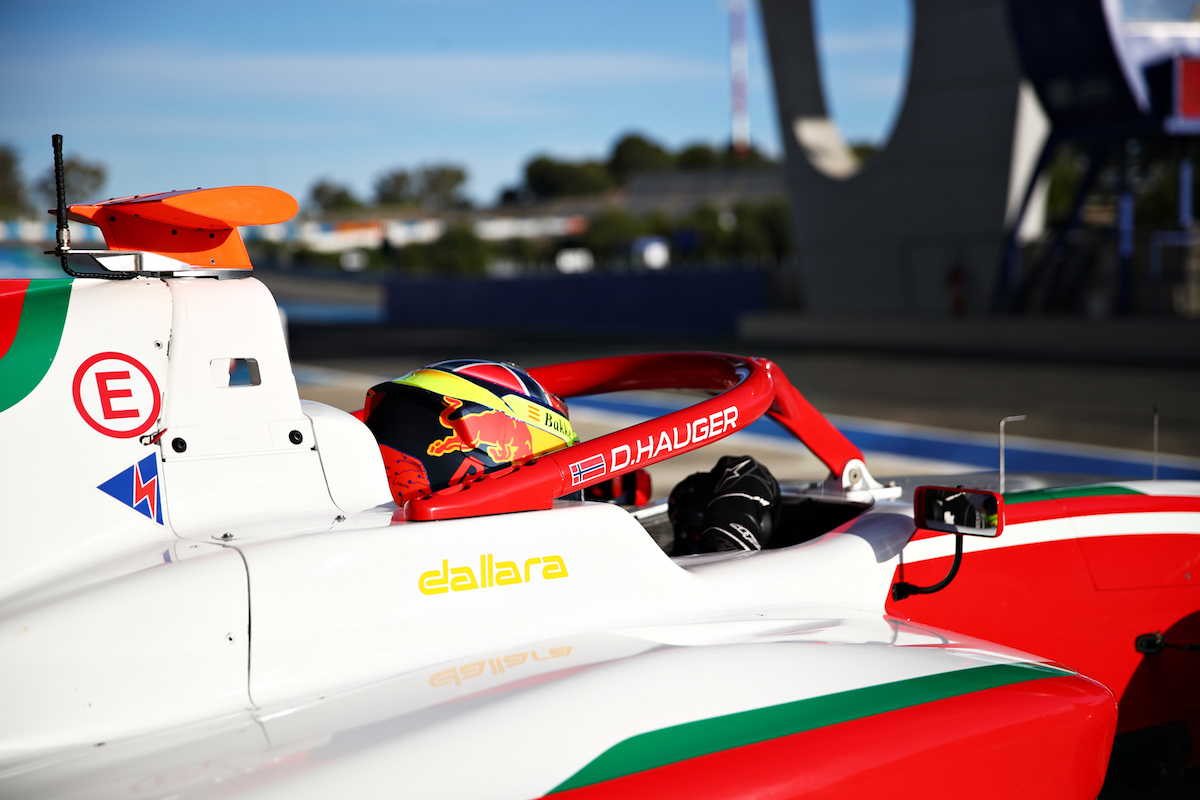 Hauger joins Prema after competing with Hitech GP in FIA F3 in 2020, when he finished 17th in the standings. In a tough rookie campaign he scored points only at the Hungaroring, when he came eighth in race one and third in race two.

The Norwegian driver was previously Italian Formula 4 champion in 2019 with Van Amersfoort Racing, also finishing second to Theo Pourchaire in the German ADAC F4 series. He returned to VAR at the end of this year to contest three Formula Regional Europe rounds, claiming a win and five other podiums.

“I am extremely happy to join Prema for 2021,” he said. “After spending some time with the team this autumn I very quickly felt at home. Their team spirit and the hard work they put into every little detail is something that I really enjoyed.

“I can’t wait to get back to Italy to work hard together on preparing next season. I want to thank my sponsors and family for their support as well as everybody at Prema for this opportunity.”

Hauger, who turns 18 next March, drove for Prema across all four days of official post-season testing in October at Barcelona and Jerez alongside Ferrari junior Arthur Leclerc, who has also been confirmed with the team for next season.

“Dennis is one of the brightest and most promising talents in junior single-seaters,” said team boss Rene Rosin.

“We learned this by having him as a rival in Formula 4, where he was a fierce and sportsmanlike competitor. Despite his young age, he showed promise in his maiden FIA Formula 3 season, and impressed in our first testing runs together. We look forward to welcoming him back on track, and we can’t wait to complete our line-up for the season ahead.”

Formula Scout understands that Hauger will be engineered at Prema by Pedro Matos, who has worked with Frederik Vesti over the past two years in Formula Regional and F3. Matos was previously Hauger’s race engineer in his rookie car racing season in British F4 in 2018 at the Arden team.