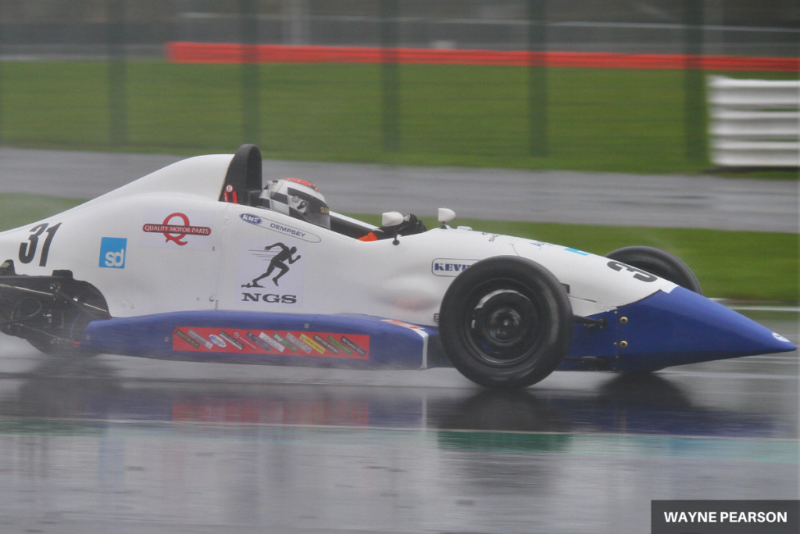 The pair shared the front row, with poleman Dempsey streaking into the lead at the start and Macpherson sliding slowly out of his grid spot.

This promoted Formula Ford Festival winner Jonathan Browne to second and Thomas Capezzone to third, but neither could challenge the leader.

Dempsey couldn’t pull away though, and soon Macpherson closed in to make it a four-car train at the front.

The quartet ran in tandem for the last few laps, with not even errant backmarkers threatening a change of order at the front due to how slippy running off-line was on the drying track.

Tom Brown, supported by B-M Racing, was usually the fastest man in the race and finished in fifth place, ahead of team-mate Tom McArthur.

Early on that battle featured Team Fox Racing boss Dan Fox and UCLan’s Jaap Blijleven, before Blijleven was hit by Fox at Becketts and was then collected by KMR’s Alex Gillespie.