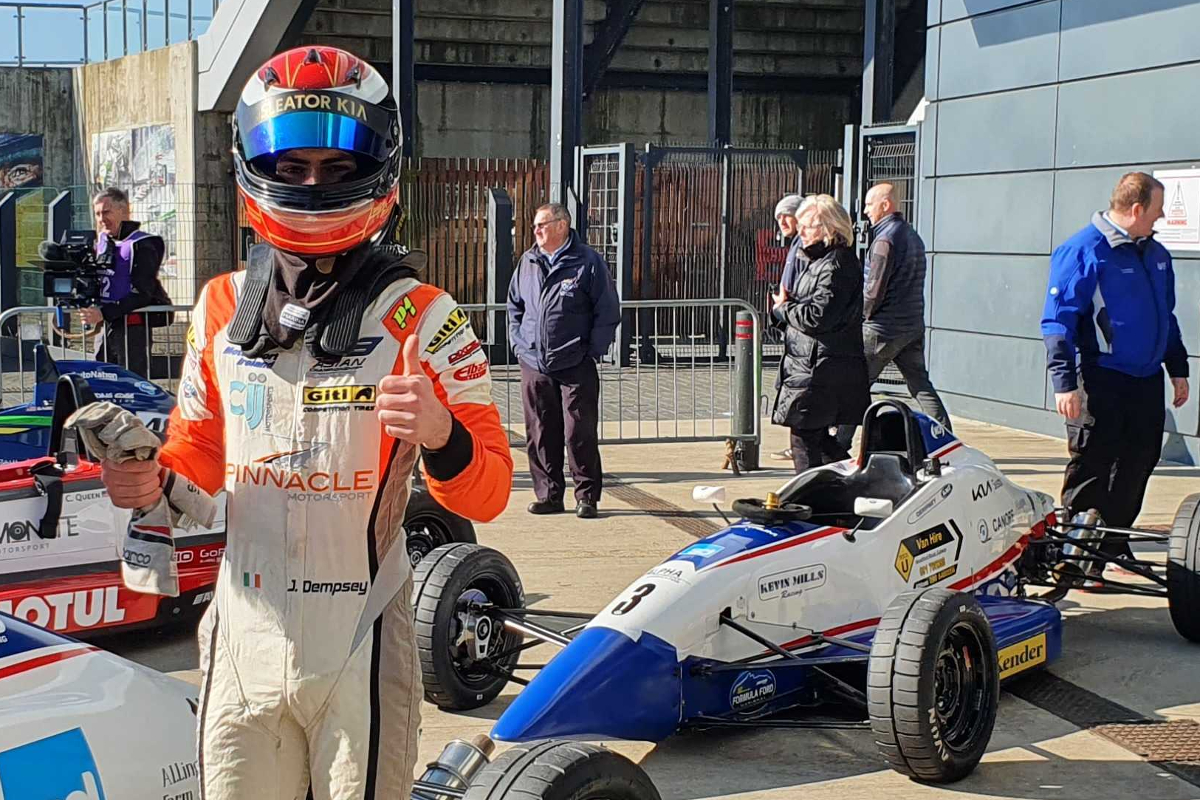 Kevin Mills Racing’s Jordan Dempsey made it two poles out of two in BRSCC National Formula Ford 1600 this season as he topped qualifying at Knockhill.

The Irishman was quick to establish himself at the Scottish circuit, putting himself ahead early on with a 53.713s lap. Ammonite Motorsport’s Colin Queen was just a few hundredths of a second behind at that point, with B-M Racing’s Jamie Sharp and Oldfield Motorsport’s Lucas Romanek both within two tenths too.

Dempsey then improved to 53.478s mid-session, and that was enough to put him on pole as he failed to improve in the final 15 minutes.

Team Dolan’s Morgan Quinn moved up to third but didn’t look he could find the extra pace to challenge the top two, and it wasn’t until the final few minutes that there was another improvement towards the top of the order as Romanek set a 53.659s to move onto the front row.

Queen also improved but was shuffled down to third, but his tyres remained up to temperature and on his penultimate effort he replied to Romanek by posting a 53.635s and reclaiming second place on the grid.

Quinn and Sharp ended up qualifying fourth and fifth, and KMR’s guest driver Andrew Rackstraw – the dominator of the 2021 South African F1600 championship – was sixth fastest in his first qualifying session in the United Kingdom.

Ammonite’s Americans Shawn Rashid and Andre Lafond qualified seventh and eighth, just ahead of Dolan’s Ben Cochran who had initially been set to miss the weekend with his car put up for sale.

GB4 race-winner Megan Gilkes rounded out the top 10 and was the last driver within a second of Dempsey’s pace, which meant the top driver registered for Scottish FFord points, Graham Brunton Racing’s Michael Gray, was only 11th.

His team-mate Lucas Blakeley, who is an Esports star and making his single-seater debut this weekend, was impressively only 0.084s slower than him. There are only two more cars on the grid competing for Scottish championship points as Drew Stewart is also entered as a guest.