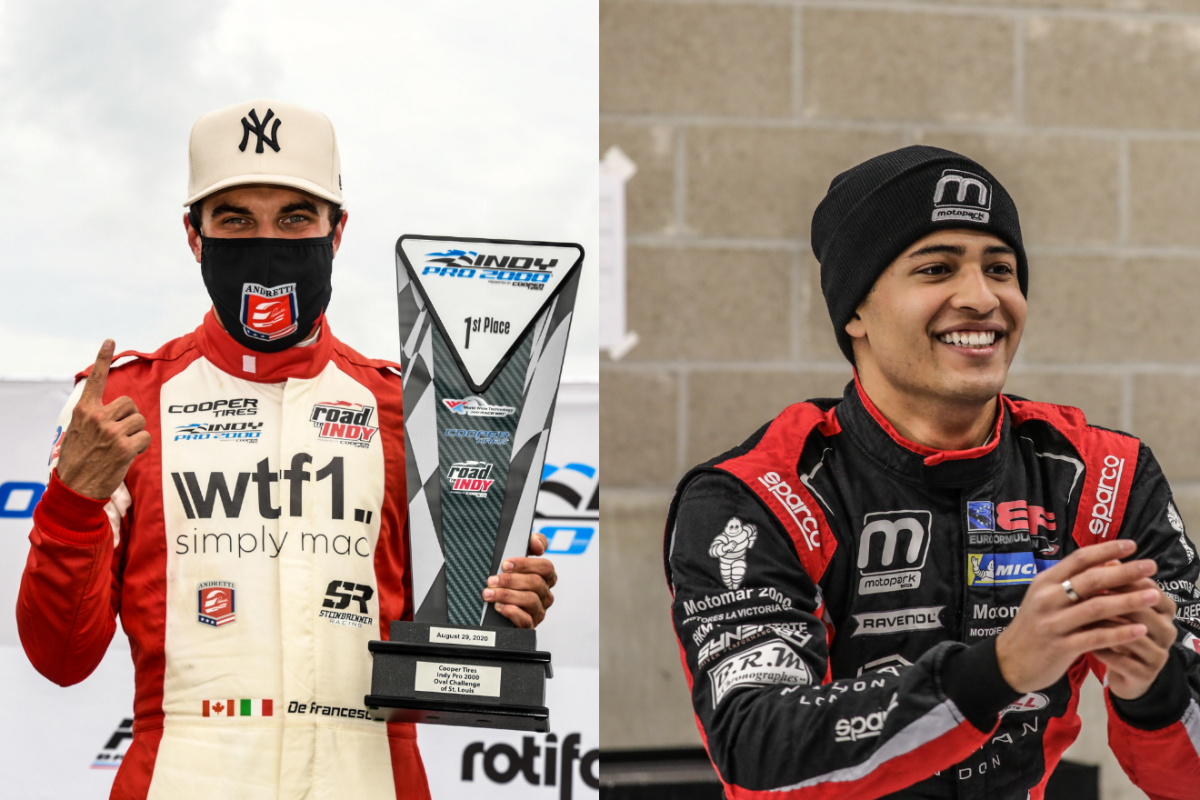 Spanish Formula 3 champion and Indy Pro 2000 runner-up DeFrancesco, who is already confirmed to be stepping up to Indy Lights this year with Andretti Steinbrenner Autosport, will race for DragonSpeed in the Daytona 24 Hours at the end of January.

The 20-year-old Canadian entered the IMSA season opener in 2018 and 2019 in a prototype, finishing sixth overall on his first attempt and then an improved fifth overall on his return in a car shared with ex-Formula 1 star Rubens Barrichello.

“The Rolex 24 is such an amazing event with global recognition, and it’s awesome to be a part of it,” said DeFrancesco.

“This year I want to make sure I make the drive home wearing that Rolex Daytona watch on my wrist. DragonSpeed has put together an awesome team and always rolls out a very fast car so I know we can get it done this year.”

The 21-year-old Venezuelan will make his sportscar debut in the LMP3 class, before being promoted to a LMP2 seat alongside Dutch sportscar prodigy Job van Uitert – the 2017 Italian Formula 4 runner-up – for the European Le Mans Series.

“I am extremely proud to be joining United Autosports for the 2021 ALMS and the ELMS,” Maldonado declared.

“It is now time for me to start a very exciting new chapter in my career and to be doing so with a top tier team like United couldn’t be better. The motivation is high and I can only wish to be adding more success to their tally.

“Racing in the ALMS is crucial to starting my endurance preparation as there is so much to learn in this new world of prototype endurance racing for me. I think that this is a great opportunity to get ready for the European season.”

Maldonado has also told Formula Scout that he is “keeping Euroformula open as an option” for a single-seater programme in 2021, having finished fourth in the series in his rookie season last year.