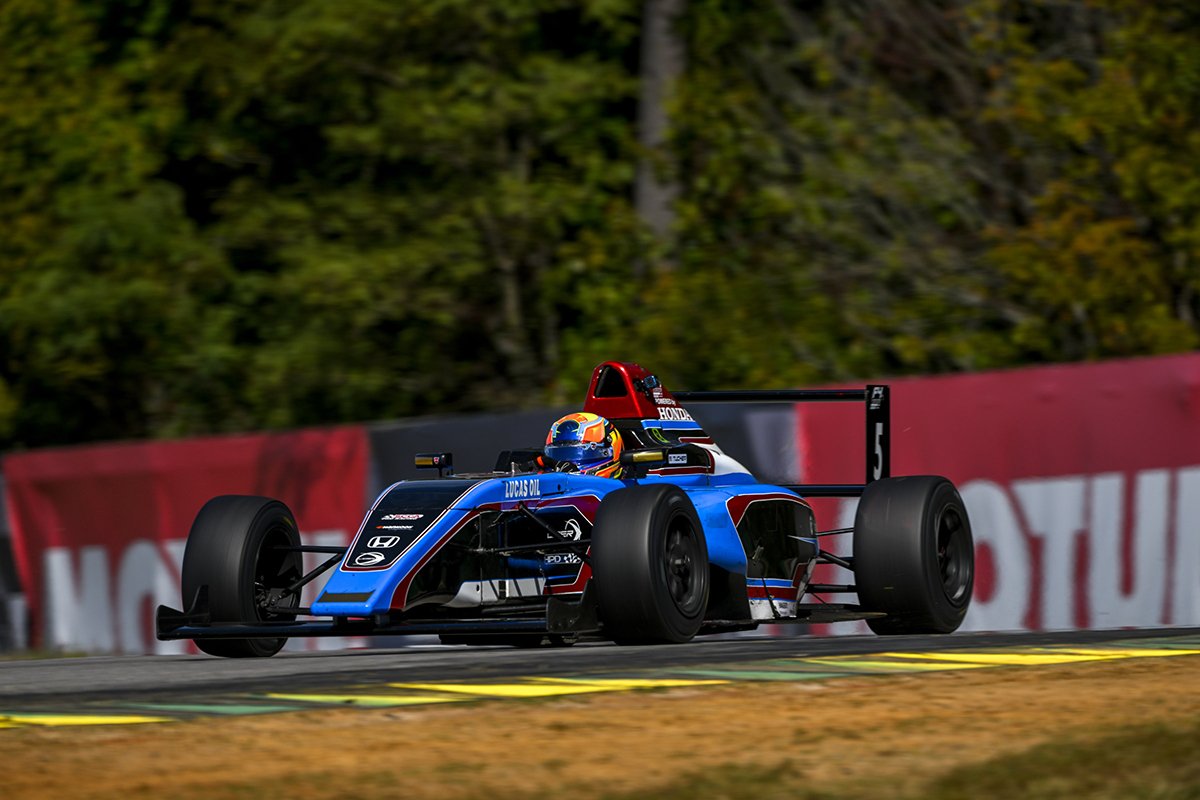 Jay Howard Driver Development has brought its USF2000 line-up for 2023 up to four cars, as well as announcing its first driver for United States Formula 4.

Both signings are already familiar with the team, and USF2000 addition Evagoras Papasavvas continues a programme that began in the second half of this season.

Papasavvas was first signed by JHDD in November 2021, when he was 13, and a combination of being underage and a karting injury meant he did not make his USF2000 debut until round five of the 2022 season.

He began testing in USF2000 and F4 cars the previous September, and claimed a best finish of 12th from his half-season. The 14-year-old will now embark on a full USF2000 campaign.

Racing for JHDD in US F4 will be Eric Wisniewski, who represented the team in the sister Formula Development events through 2022.

Launched with the same first-generation cars as US F4, FDevelopment was aimed specifically at 14-year-olds but rarely attracted more than just Wisniewski.

That left FDevelopment instead entering him into open single-seater races with grids including variety of previous-generation cars from IndyCar, Atlantics, Formula B and Formula Ford.

At NOLA Motorsports Park he finished both races, then in the Road America test round finished third and second against FB cars. The next test round at Mid-Ohio was primarily populated by FFord cars, and Wisniewski twice qualified second. He finished a distant ninth in race one, then won race two by a massive 42.966 seconds.

Several rounds were cancelled, then Wisniewski had an actual FDevelopment opponent in the final round at Virginia International Raceway as Jensen Global Advisors entered Ward Hix. Wisniewski started and finished fourth in race one, and came from last to finish fourth again in the final race.

“This last year has been super beneficial to me as I have gotten coaching from the team that has helped me get faster and faster each time I’m on track,” said Wisniewski.

“I’m confident that with championship-winning cars and the best team to back me up we will be a front-running force in the 2023 F4 championship. I can’t wait to see what we’ll be able to achieve.”

DEForce Racing has been adding to its USF2000 line-up too, with Jorge Garciarce joining from JHDD. The Mexican came 13th in the 2022 standings, and third in the rookie classification, with a best result of sixth.

“I’m happy to join DEForce next season and excited to see what the future holds,” Garciarce commented.

“I gained a lot of experience this tear and I want to have a strong season with lots of success next year and I think that joining DEForce is the best option to achieve this.”

Signing with DEForce in USF Juniors is Lucas Fecury, who will start 2023 by racing in Formula Regional Oceania.

Fecury graduated from karting into US F4 this year and came 18th in the standings with five points finishes.

He also contested three rounds in USF Juniors, which used F4 cars but adopts a USF2000-based car for ’23, and picked up a top-10 finish.