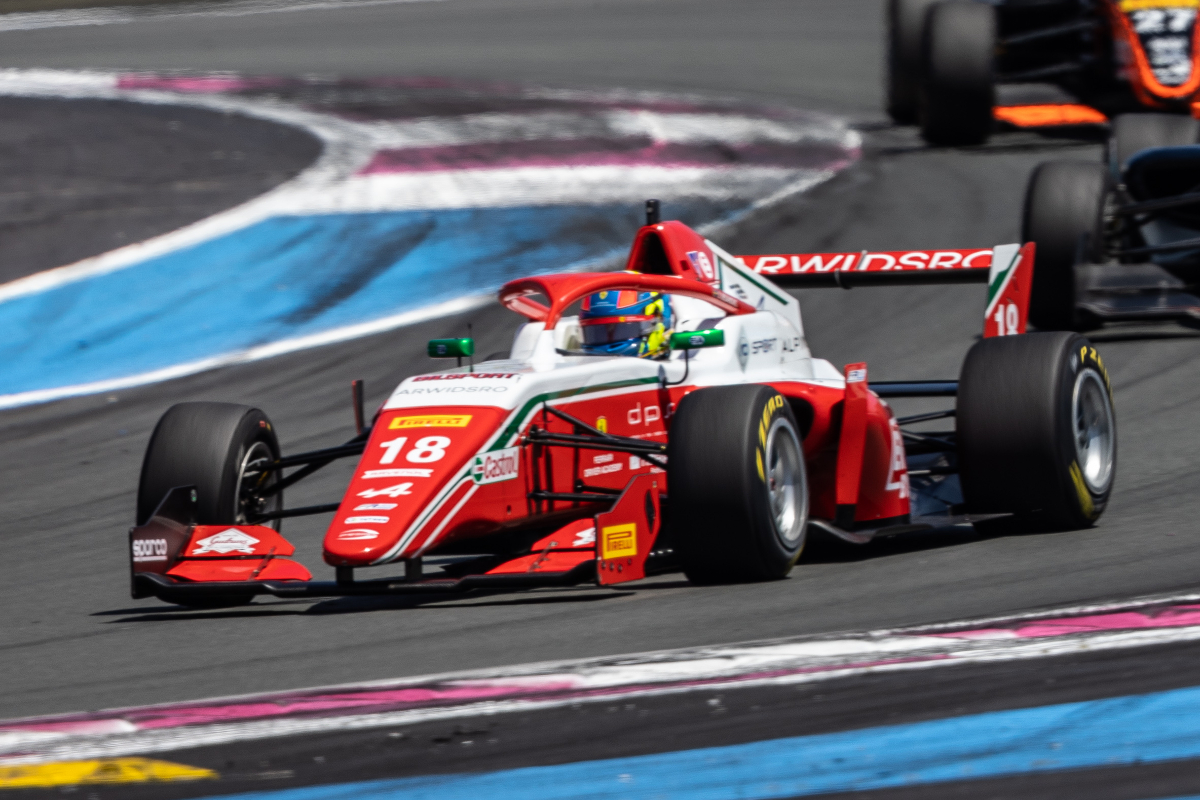 Formula Regional Europe champion Dino Beganovic looks set to regain the 18 points he lost from being disqualified from the second race at Paul Ricard in June.

Beganovic was removed from the race results when a technical check revealed “the tightening torque of hub flange measured on the front-left upright was found to be 240 Nm” when FREC’s minimum value is 500 Nm. The other three wheels all met the minimum value.

Prema appealed the disqualification in Italy’s court of appeal (as the country’s motorsport federation ACI organises FREC) on September 9 and won its case. That decision was communicated on September 30.

The Italian federation then took the unusual step of appealing against its own court’s verdict prior to FREC’s final round, meaning Beganovic was provisionally disqualified again.

ACI’s appeal was, however, thrown out on procedural grounds by the FIA’s International Court of Appeal (ICA) in a hearing on November 30, with the decision published two weeks later. The ICA ruled that ACI had failed to submit its appeal within seven calendar days, as required by FIA judicial and disciplinary rules.

Having failed to convince the court that the time limit should be based on working days, ACI’s lawyers argued that due to an administrative error its own court’s verdict had been filed under an incorrect case number and that the email setting out that decision had not been sent to the correct individuals within ACI and FREC.

As such, ACI argued it had only been aware of the decision “on 7 October 2022″ after seeing it on its own website, which it had been uploaded to on October 6. The ICA said ACI could not rely on the internal error as justification for missing the filing deadline.

The final decision of the ICA was therefore that the appeal was “inadmissible”, the outcome Prema had sought with the evidence it presented, and “orders the competent Sporting Authority to draw, as appropriate, the consequences of this ruling” which means the case now returns to Italy. ACI, as the losing party, was also ordered to pay both it and Prema’s legal costs.

As the ICA is the final appeal tribunal for international motorsport, no further appeal is possible by ACI in its own court and it should be a matter of procedure once the case returns to Italy to confirm Beganovic’s regained points and the final race result.

It would mean the Ferrari junior ends the season on 300 points, putting him 58 points clear of ART Grand Prix’s Gabriele Mini.

There is no change to the championship standings from the ICA’s decision, but it does means had the ruling been known at the time, Beganovic would have been crowned champion in the penultimate round at Barcelona rather than with a race to spare in the final round at Mugello.