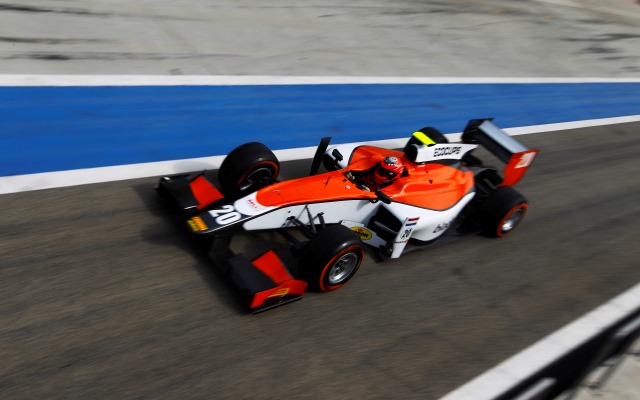 Daniel De Jong claimed top spot at the end of the afternoon session on day two of the pre-season GP2 test in Bahrain.

In a flurry of quick laps late in the session, De Jong managed a time of 1m40.508s. That put the Dutchman 0.271s clear of the rest of the field, led by Trident’s Johnny Cecotto.

Julian Leal moved up to third for Carlin ahead of second Trident car of Vittorio Ghirelli and De Jong’s team-mate Jon Lancaster.

Simon Trummer took sixth for Rapax ahead of the Force India-backed Hilmer Motorsport duo of Facu Regalia and Daniel Abt. Felipe Nasr was ninth for Carlin and Arthur Pic tenth for Campos.

De Jong’s pace was more than 1.3 seconds slower than the morning’s best time set by Rio Haryanto, who finished 26th and last in the afternoon.

Axcil Jefferies will return to Trident in place of Ghirelli for the final day of pre-season testing on Friday.

Sa Silva continues with Carlin in GP3 for 2014