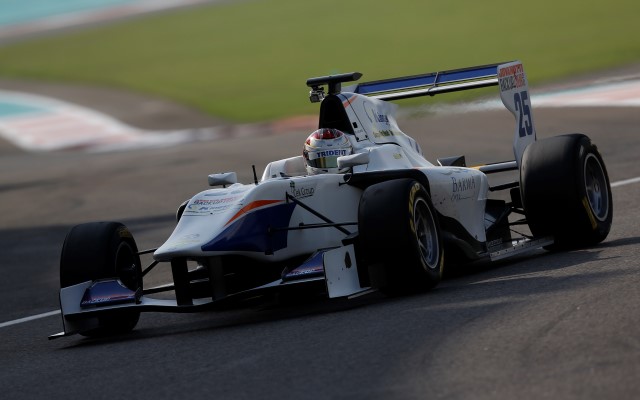 South African racer Roman de Beer has completed a deal to race for Trident in the 2014 GP3 season, the team has announced.

De Beer first tested with Trident at the end of the 2012 campaign, but sat out 2013 due to a lack of budget. He returned to the Italian squad for the second day of the post-season test in Abu Dhabi last November, and posted the sixth fastest time in both the morning and afternoon sessions.

“We are all working hard towards the 2014 season hoping for the best results,” said the 19-year-old. “With a competitive series like GP3, expectations are always difficult to achieve but with determination and team work, everything is possible.

“It?s one of the best series and I am blessed to have been given the opportunity to participate in such a prestigious event.? I am very excited and ready to do my utmost.? I would like to thank all the people who are making it possible to help me one step closer to my dream.”

De Beer was a world champion in the ROK Junior class of karting in 2009 before moving onto Formula Abarth. He finished ninth in 2010 with three podium finishes and picked up another podium in a 2011 campaign that only last three rounds. He went on to contest three rounds of Italian F3 in 2012, claiming a best result of fifth.

Trident had a disappointing GP3 campaign in 2013 after promising form in pre-season testing, with Giovanni Venturini their best-placed driver in the standings in 15th.

De Beer is only the second driver to be confirmed for this year’s GP3 Series, after new Red Bull recruit Alex Lynn joined Carlin.