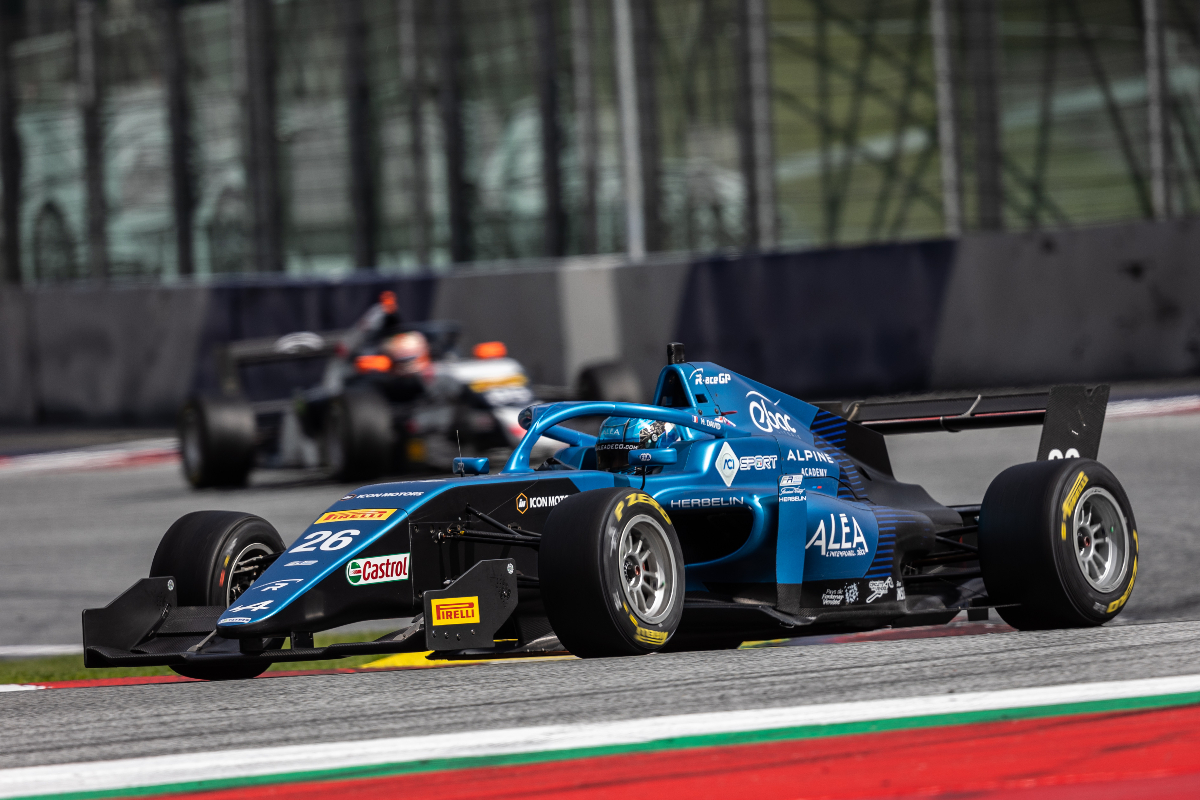 On a dry track, David went out in Group B (the first of two groups) and set a 1m26.076s lap to take his third pole of the year.

Arden was the team to beat at first, with Joshua Duerksen setting the early pace and then team-mate Eduardo Barrichello taking over at the top.

Race Performance Motorsport’s Owen Tangavelou then moved to the top, setting a 1m26.430s lap, but that only kept him in first place briefly as R-ace’s Gabriel Bortoleto then bettered him by 0.016 seconds.

At this point ART Grand Prix’s Gabriele Mini was in last place, with Davidn in fourth behind Barrichello, but in the final two-and-a-half minutes both raised their game.

David went fastest with his 1m26.076s lap, and although he could not find any further pace it ended up going unbeaten. Tangavelou got closest, lapping just 0.017s slower, and Bortoleto went third fastest at the very end but was three tenths back.

Mini ros to fourth, while Duerksen and Barrichello came fifth and sixth in the session.

When the other half of the field headed out on track in Group A, Dutch drivers Dilano van’t Hoff and Kas Haverkort set the early pace.

Points leader Dino Beganovic was the first to set a truly representative pace though, and Prema team-mate Paul Aron challenged him for pole in the middle of the session. Neither could quite find the pace to beat David’s earlier benchmark though, and Beganovic topped the group but was slower than Group B’s top three.

Van Amersfoort Racing’s Joshua Dufek went second fastest, and Aron couldn’t find any more pace late on which meant he was sixth fastest, and will therefore line up 12th for race two.

Alessandro Giusti gets his first French F4 win of the year